A Few Reflections From My PSR Trip to Gaza 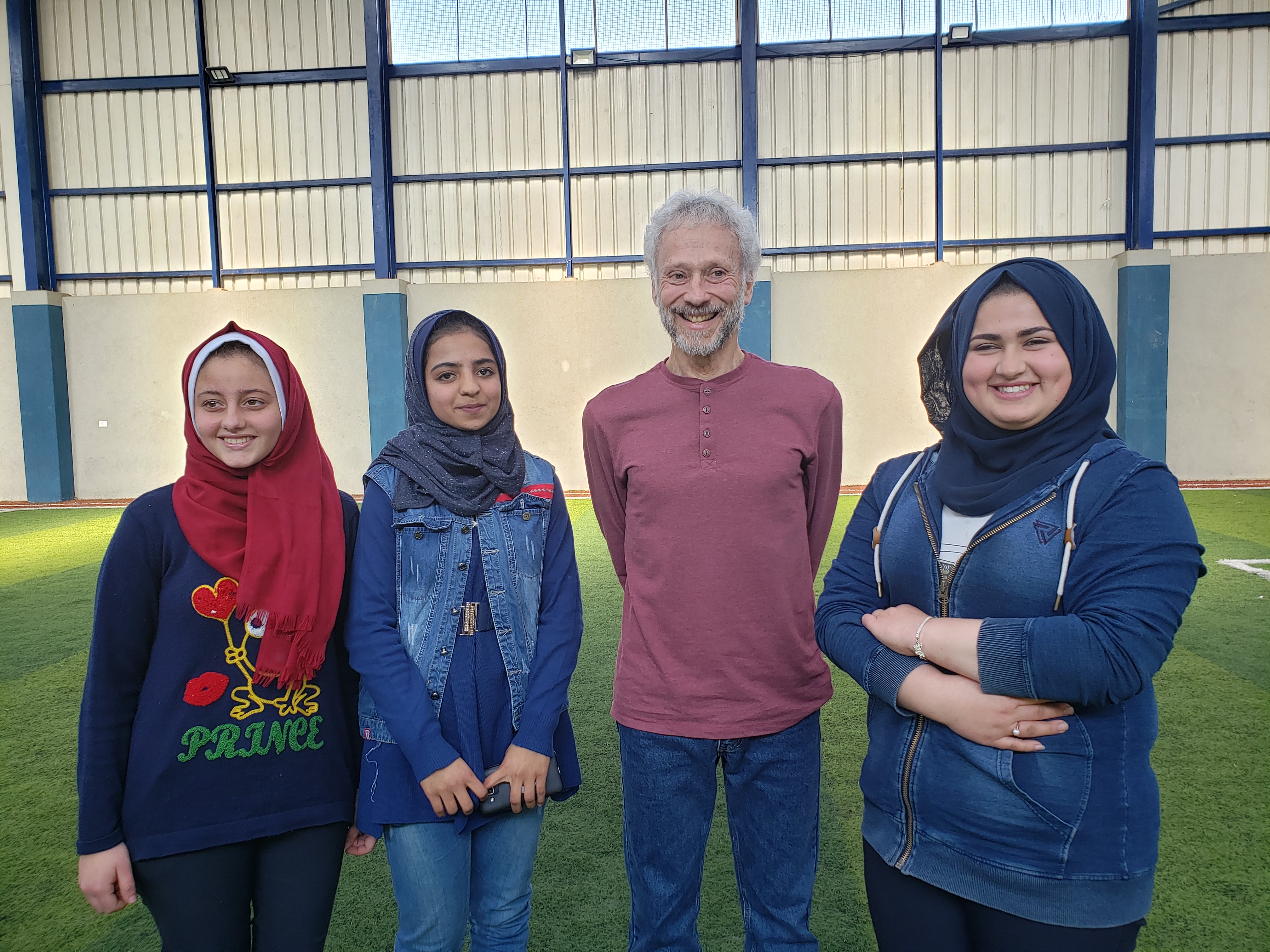 Oregon PSR member Ned Rosch (pictured above, third from right) recently joined a delegation to Gaza organized by our partners at Washington PSR. Read Ned's reflections from his visit, which remind us of the importance of our work to build a more healthy and peaceful world.

Having just returned from a Washington Physicians for Social Responsibility delegation to Gaza, I reflect on sweetness, pain, despair, injustice, and more emotions than my heart can contain.

I was honored to guide mental health practitioners, school children, and refugee camp residents through trauma-informed stress reduction workshops. What they shared offered an unforgettable glimpse into what it's like when beautiful people, clinging desperately to some kind of hope, do their best to try to live, raise children, and find meaning in a situation where that increasingly seems, at least in part, impossible. 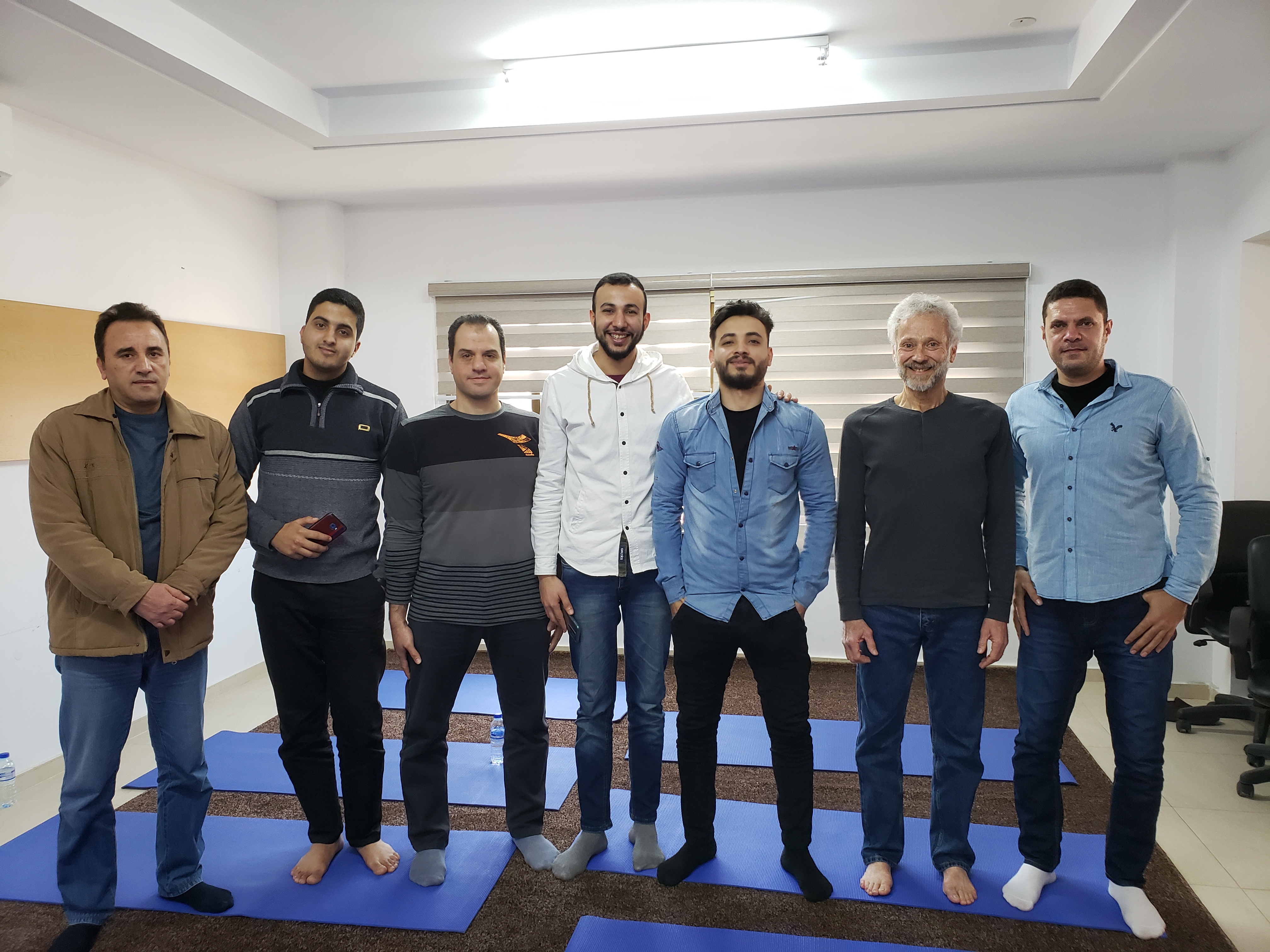 Ahmed, pretty choked up, expressed, "When I think about my children, the situation they are growing up in, and what the future holds for them, I sometimes wish my wife and I hadn't had children - not because I don't love them, but because I love them so much."

Omar said that after the sounds of recent bombings, his 4 year old son, in a quivering voice, asked, "Would it be possible to go back into your belly, Mommy?"

Mohammed's nine year old daughter a couple of months ago thoughtfully remarked, "Grandma and Grandpa were lucky. Because they're dead, they can't hear the bombings."

Living in - and trying to make sense of - a situation that is wrong, unjust, and damaging almost beyond words. Yousef observed, "All we can do is to do our best, but often, when the bombs are falling, or the daily effects of the suffocating siege become unbearable, that's just not enough, and then what do we do?"

After a yoga/relaxation class I taught to 20 young women, Nadia, a vivacious 14 year old who wants to become a doctor to work in solidarity with people at the Great March of Return, told me, “We have to live our lives. What choice do we have? But I sleep with a towel over my eyes because if the bombs start falling, I don’t want to see them”. I wiped away a tear of sadness for the innocence of childhood she and so many others in Gaza likely never knew. 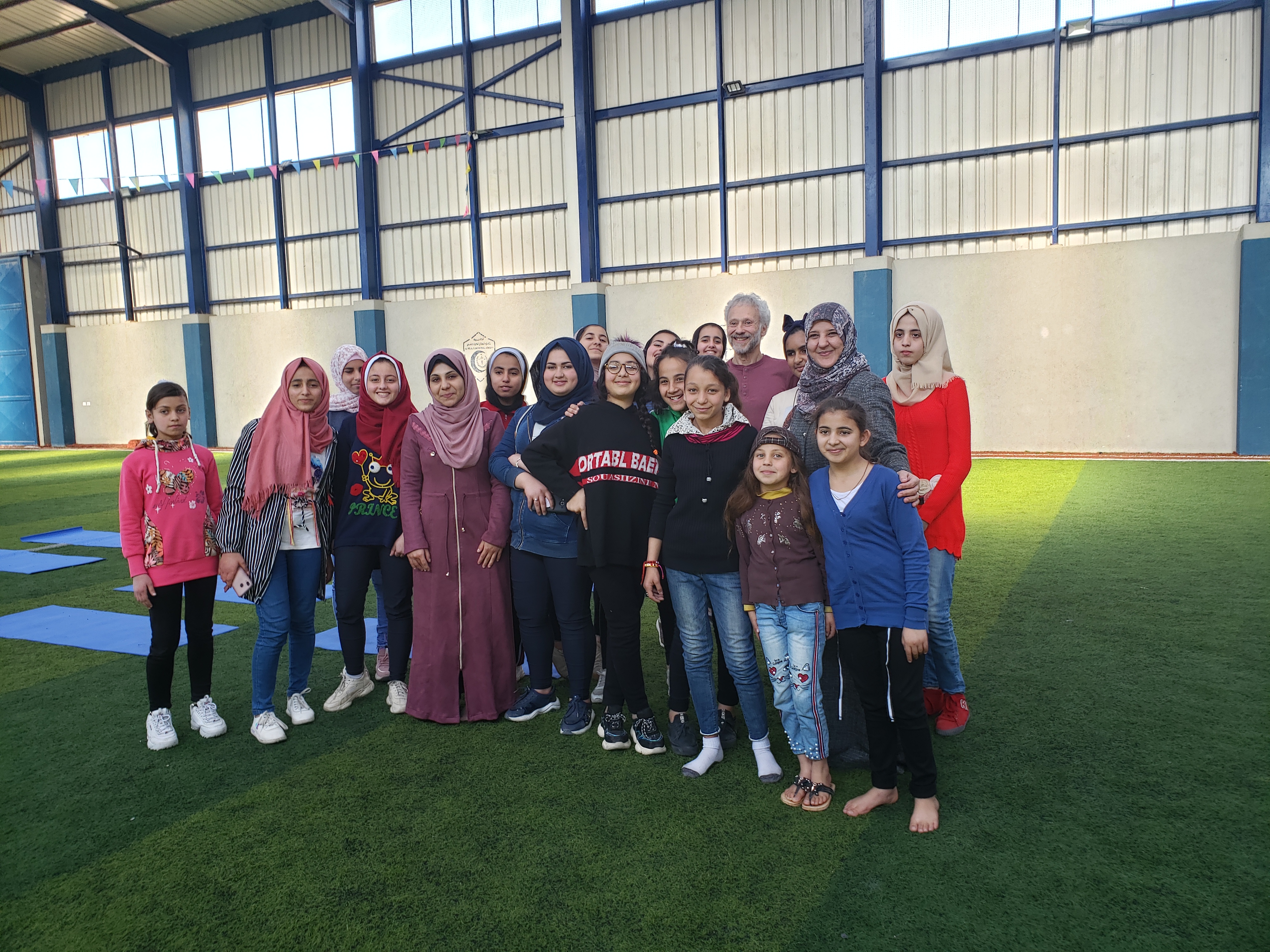 As a school psychologist in Gaza City explained, “Although much of the ‘outside’ devastation from the 2014 Israeli war on Gaza has been cleaned up, the devastation that is now in these children’s hearts - largely unseen - runs deep.”

In a boy’s yoga class, I met Wisam. Injured in his leg from an Israeli bullet at the Great March of Return, Wisam walks with a limp. Before his injury, he practiced parkour several hours every day. When his leg gets better, he adamantly says he’s going, against his mother’s wishes, back to the Great March.

In leading children through a breathing exercise where the goal is to focus on each breath (Because the last breath is gone and the next breath hasn’t come yet, we focus on the one we are now taking...!), the girls’ soccer coach remarked, “That’s life in Gaza! We don’t want to remember the past because it’s traumatizing. We have no idea what the future holds. But we have this moment (this breath!) to try our best to enjoy life. Enjoying life is an act of protest – and an act of love!”

As difficult and unfair as life in Gaza is, many of the people I met are, against all odds, remarkably hopeful, resilient, kind, lovely, and of course want nothing more than just to live.

I heard often how much our presence of solidarity and bearing witness meant to people who feel forgotten by the world.

As I was leaving Gaza and a piece of my heart behind, Ismail, who has dreams of someday being president of a free Palestine, noted, “It’s like the visitors leave and now we’re back in the prison.”