Act Now to Protect Our Communities from Fracked Gas 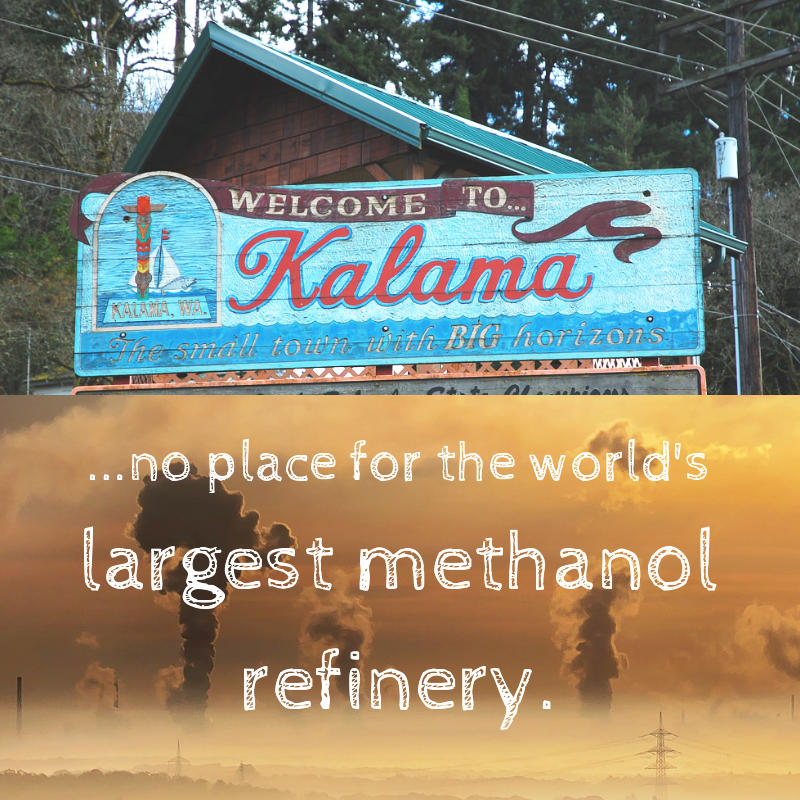 Did you know? Northwest Innovation Works (NWIW), a fossil fuel company owned by the Chinese government, wants to build the world's largest fracked-gas-to-methanol refinery in Kalama, WA and ship the methanol to China. It would pollute the equivalent of 1.2 million cars, use millions of gallons of water from the Columbia River each day, contaminate the air with cancer-causing emissions, and has a high chance of exploding during an earthquake. The refinery would use more gas than all Pacific Northwest cities combined and would require massive expansion of new fracked-gas pipelines throughout the region.

We need you to let Washington's Governor Inslee, the Washington Department of Ecology, and the Port of Kalama know that building the world's largest fracked gas-to-methanol refinery in Kalama would take us in the wrong direction.

The refinery would consume a stunning amount of fracked natural gas — one-third as much gas as is used by the entire state of Washington. By 2025, the project could become Washington’s single largest source of climate pollution.

Despite the reality of fracked gas pollution and the dangers of fracking, the company argues that shipping methanol to China from Washington will result in a climate benefit. Don’t be fooled by the fossil fuel industry’s spin.

Fracked gas is dirty energy; this project threatens the stability of our climate and sends us in the wrong direction. Please submit your comment today!