Commemoration of the Historic Demonstration for Nuclear Disarmament & Human Needs 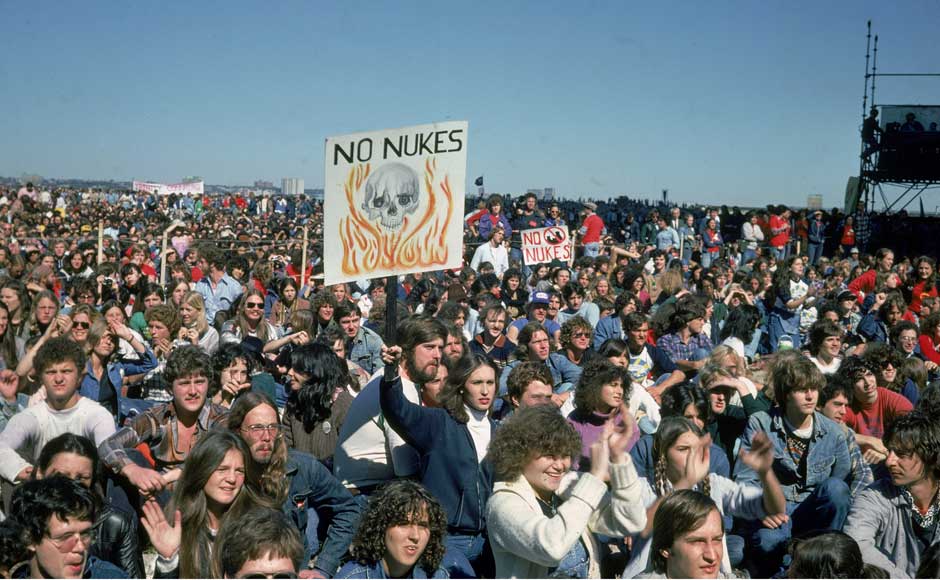 June 12th, 2022 marks the 40th anniversary of the largest peace demonstration in United States' history. On this historic day, one million people marched from the United Nations, filled the streets of New York City, and rallied in Central Park to demand an end to the nuclear arms race.

While the June 12th demonstration anchored the efforts, many other important parts of the mobilization occurred before and after that historic day, including the nonviolent civil disobedience actions at each of the five nuclear nations' missions to the UN on June 14th; a major international conference; an interfaith religious service; and scores of cultural and educational activities.

Throughout these days, people from all over the world spoke with one voice to say "No More Hiroshimas," paving the way for a future without nuclear weapons. Forty years later, our partners at June 12 Legacy invite you to join for a series of virtual events to learn from those who organized the June 12th, 1982 demonstration, as well as current activists who continue to work for the total elimination of nuclear weapons.

Learn more about this virtual event series and register to attend.