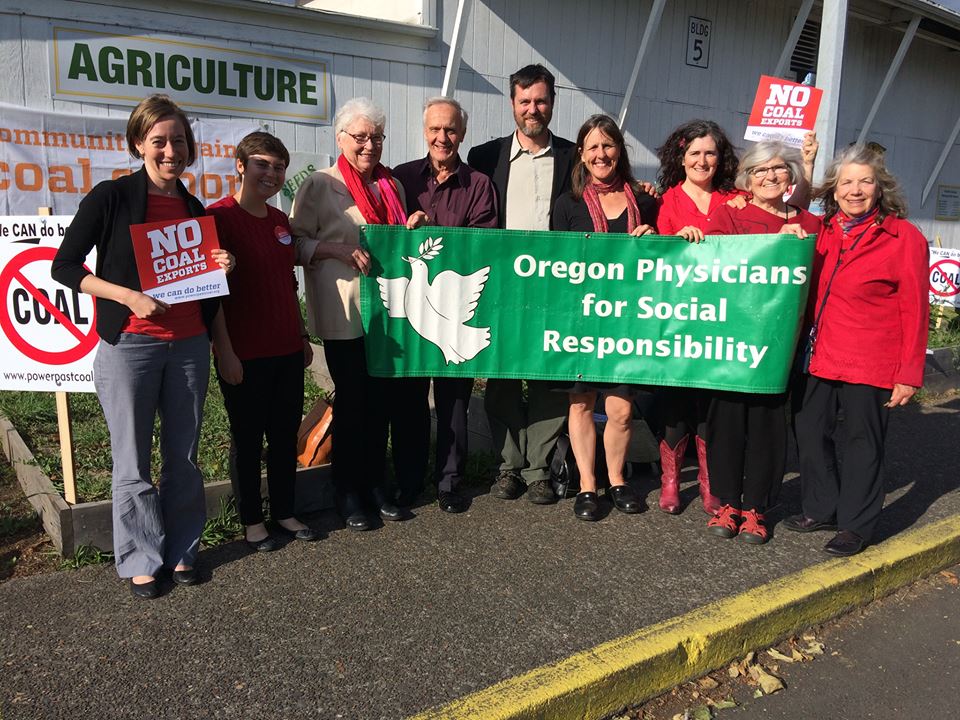 KELSO, WASHINGTON - Cowlitz County officials released a Health Impact Statement (HIA) on Monday, September 10th that reaffirms the serious adverse public health impacts of the proposed Millennium Bulk Terminals project in Longview, Washington. The focus of the HIA is on neighborhoods near the proposed terminal and facilities along the BNSF line in Cowlitz County. The document underscores the potential negative impacts to communities already experiencing significant health disparities.

The County’s HIA Steering Committee will meet in October to make recommendations based on the HIA. They will consider these and other issues:

“We must prevent the construction of this dangerous coal export terminal to protect the health of my patients and my community. Toxic diesel emissions, coal dust, and delayed emergency response times threaten all of us, but especially young children, the elderly and those with pre-existing conditions. Low income communities nearest the tracks and the terminal would be hit hardest.”

“Coal is so toxic to our climate and our health that it should be left sequestered in the ground. To promote coal in the 21st century is not just irresponsible; I believe it is immoral.”

"Coal pollutants affect all major body organ systems and contribute to 4 of the 5 leading causes of death in America, including heart disease, cancer, stroke, and chronic respiratory disease. Washington Physicians for Social Responsibility represents over 800 health care professionals who strongly believe that the Millennium coal terminal project should not be constructed due to significant human health concerns.”

If this project were approved, 1.3-mile-long trains would move 44 million tons of coal from the Powder River Basin and the Uinta Basin to Longview, WA each year. Sixteen uncovered coal trains would move in and out of Longview each day. Coal would be stored on the banks of the Columbia River in uncovered piles 8 stories high and 40 football fields wide.

Underscoring threats to human health and safety, the Washington Department of Ecology denied a key water quality permit in 2017. The Washington State Department of Natural Resources denied two permits in 2017. Two more permits were denied in November, 2017 by the Shorelines Hearing Examiner, who cited multiple unavoidable impacts to public health, safety and tribal fishing resources that cannot be mitigated.

Power Past Coal is an ever-growing alliance of health, environmental, clean-energy, faith and community groups and businesses working to stop coal export off the West Coast.  Powerpastcoal.org @powerpastcoal