Day of Remembrance, Day of Action

Please join our community partners in Tacoma, WA or in Portland for a Day of Remembrance, Day of Action. To join a carpool from Portland for the Tacoma event, please contact Maria.

The Day of Remembrance, Day of Action commemorates the 78th anniversary of the Executive Order that incarcerated 126,000 citizens and immigrants of Japanese descent during WWII. Today, thousands of immigrants and refugees are confined in similar concentration camps where they are subjected to inhumane conditions, family separations, threats of deportation, and countless indignities.

The NW Detention Center (NWDC) in Tacoma is one of the largest immigration prisons in the US. It is a private prison run by GEO Group and it is where virtually all immigrants arrested in Oregon and Washington are detained. Many asylum seekers who enter the US at the Mexico border are transferred to NWDC each month, as well. The conditions in privately run immigrant detention facilities have drawn widespread criticism and calls for advocacy due to health, legal, and other human rights abuses. Organizing group Tsuru for Solidarity's message is, "We stand on the moral authority of Japanese Americans who suffered the atrocities and legacy of US concentration camps during WWII and we say, “Stop Repeating History!” NWDC is the "repeating of history," and we as allies will come together to demand that this prison be closed.

In Portland, there will also be a free screening of the new film Alternative Facts: The Lies of Executive Order 9066. 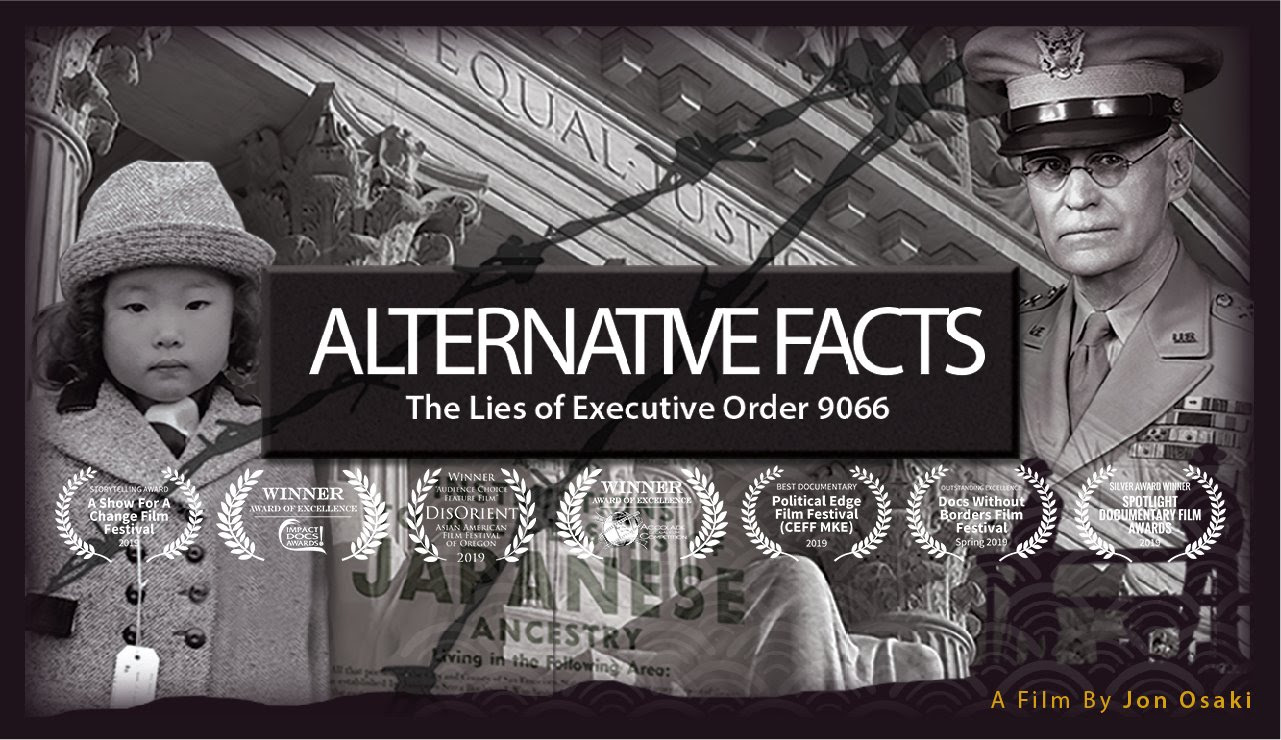 Alternative Facts: The Lies of Executive Order 9066 is an award-winning documentary that examines the fabricated evidence of espionage by Japanese Americans, which led to their forced removal and incarceration during World War II. Interviews illuminate the racism, xenophobia, and backhanded political maneuvering that occurred. The film also examines the parallels to the current climate of fear, the targeting of other vulnerable immigrant and religious communities, and the role media has played in vilifying people of color.

We hope that you will join us, either in Tacoma or in Portland, for this day of remembrance and action.