Holcombe Waller's "Notes from the Riverkeepers" 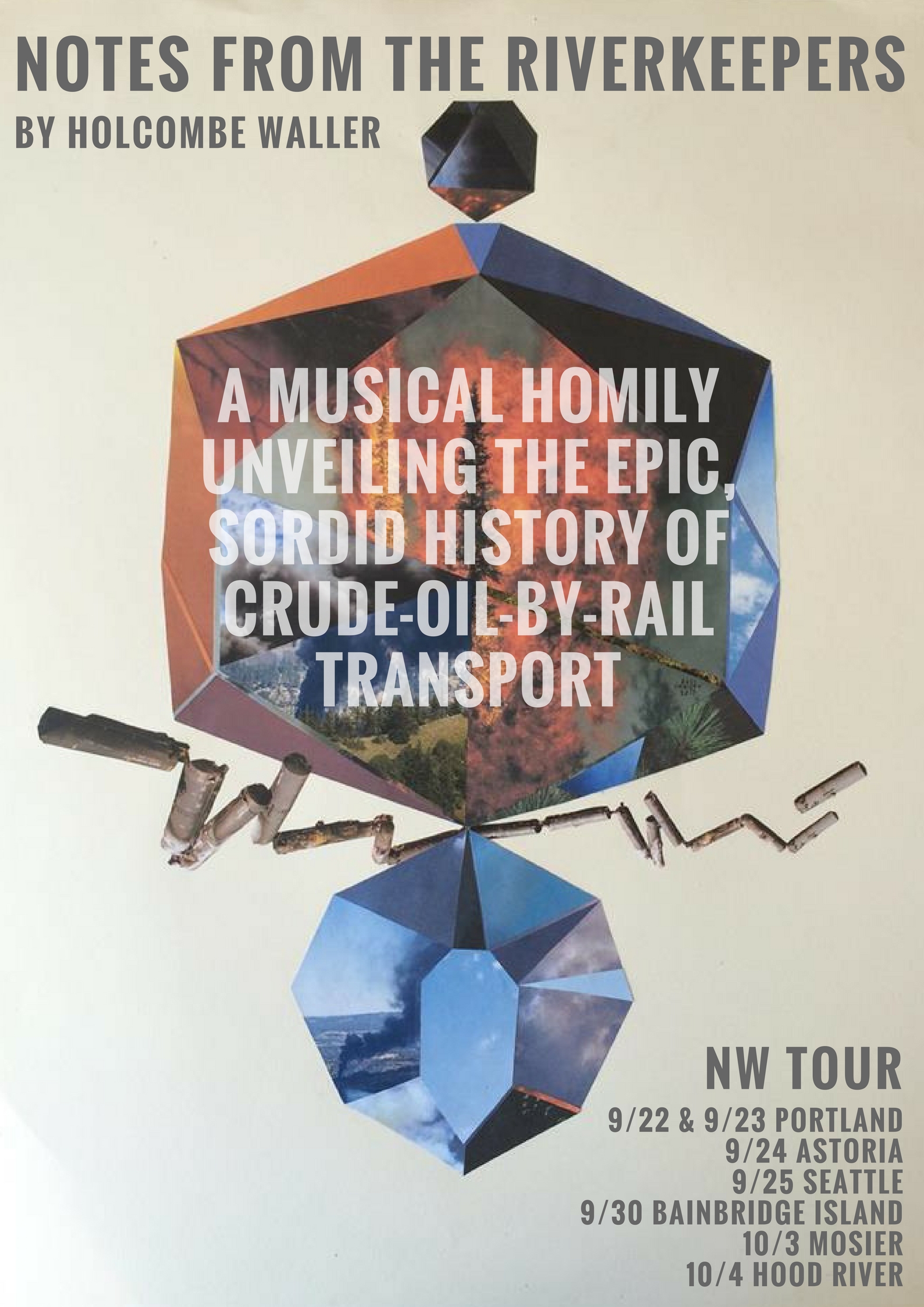 Join us on September 22nd and 23rd for "Notes from the Riverkeepers," new music by artist Holcombe Waller making its world premiere with a regional tour. The musical homily provides a history of crude-oil-by-rail transportation in the Columbia River Gorge; culminating with the nearly catastrophic Union Pacific oil train derailment, spill, and fire in Mosier, Oregon in June of 2016.

“Performance-based work around local environmental issues focusing on the risks of crude-oil-by-rail transport tells the story with names and faces and objects and dates through music and spoken word in a way that the mainstream handling of the topic fails to do,” said artist Holcombe Waller.

Notes was written in response to Waller's three-month artist residency with Columbia Riverkeeper. Following each performance, Stand Up to Oil coalition partners will lead a conversation around oil-by-rail and what you can do to get involved.