John Oliver's Nuclear Waste Segment - What it Gets Right & Wrong 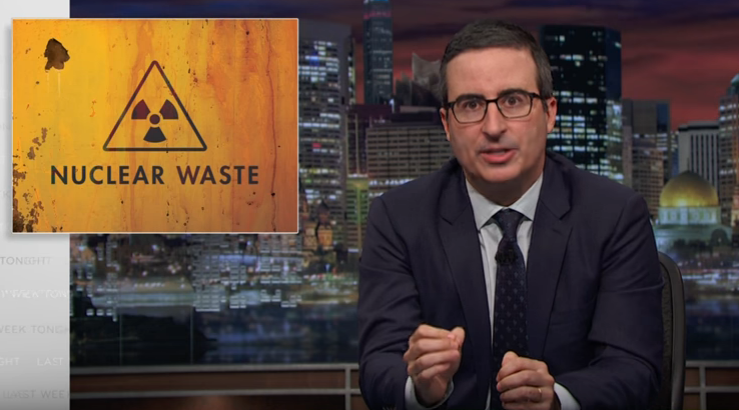 John Oliver, formerly of "The Daily Show with Jon Stewart," tackled the expansive issue of nuclear waste and its dangers on his HBO show "Last Week Tonight." The episode aired on August 20th, 2017 (content warning: explicit language). The comedian made some very good points (and jokes) about the health impacts of this frequently hushed-up issue. We take a look at what Mr. Oliver and his team did well, and what wasn't quite right.

What you can do: write a tweet using these talking points and mention John Oliver (@iamjohnoliver) in order to send the message to both the folks on his TV team and his followers are properly informed about nuclear waste issues.

Call your Congressperson and ask them to oppose Rep. Shimkus' bill (H.R. 3053) to continue down the Yucca Mountain path.

Call your Senator and ask them to oppose Trump's nominations to the Nuclear Regulatory Commission, who have clear biases in favor of Yucca Mountain.