Making Waves: The Rebirth of the Golden Rule 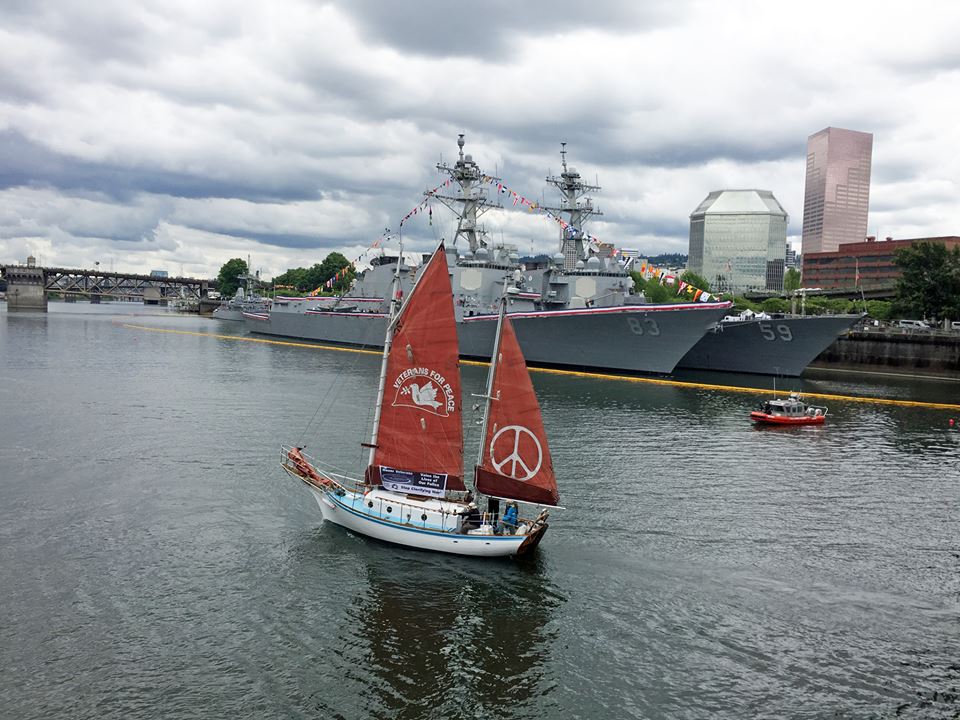 Golden Rule crew member and project ambassador Zoe Byrd will show the 25-minute documentary “Making Waves: Rebirth of the Golden Rule,” about four Quaker peace activists, led by Navy veteran Albert Bigelow, who in 1958 set sail to the Marshall Islands influencing public demand that ended underwater, atmospheric, and outer space nuclear bomb tests in 1963. The historic peace boat later sank, in 2010, and was rebuilt in Humboldt Bay, California. The Golden Rule, a project of Veterans For Peace, is once again “Sailing for a Nuclear-Free World and a Peaceful, Sustainable Future.”

Zoe Byrd, involved in the peace movement since 1977 and an avid “Peace Walker” as well as sailor, will take questions after the film about the Golden Rule, opportunities to crew on the peace vessel, and more. Zoe is excited to present the ICAN Cities Appeal, through which cities around the world are taking the lead and calling on their governments to join the UN Treaty for the Prohibition of Nuclear Weapons.

This event is free and open to the public, and donations to the Golden Rule Project 2019 sailing season are appreciated.

Other Golden Rule events will also be taking place throughout Oregon in late January and early February, including in Medford, Eugene, Corvallis, Salem, Lincoln City, McMinnville, and elsewhere.

Learn more about Golden Rule events throughout the Pacific Northwest and view the calendar of upcoming events.