Moral March on Washington & to the Polls 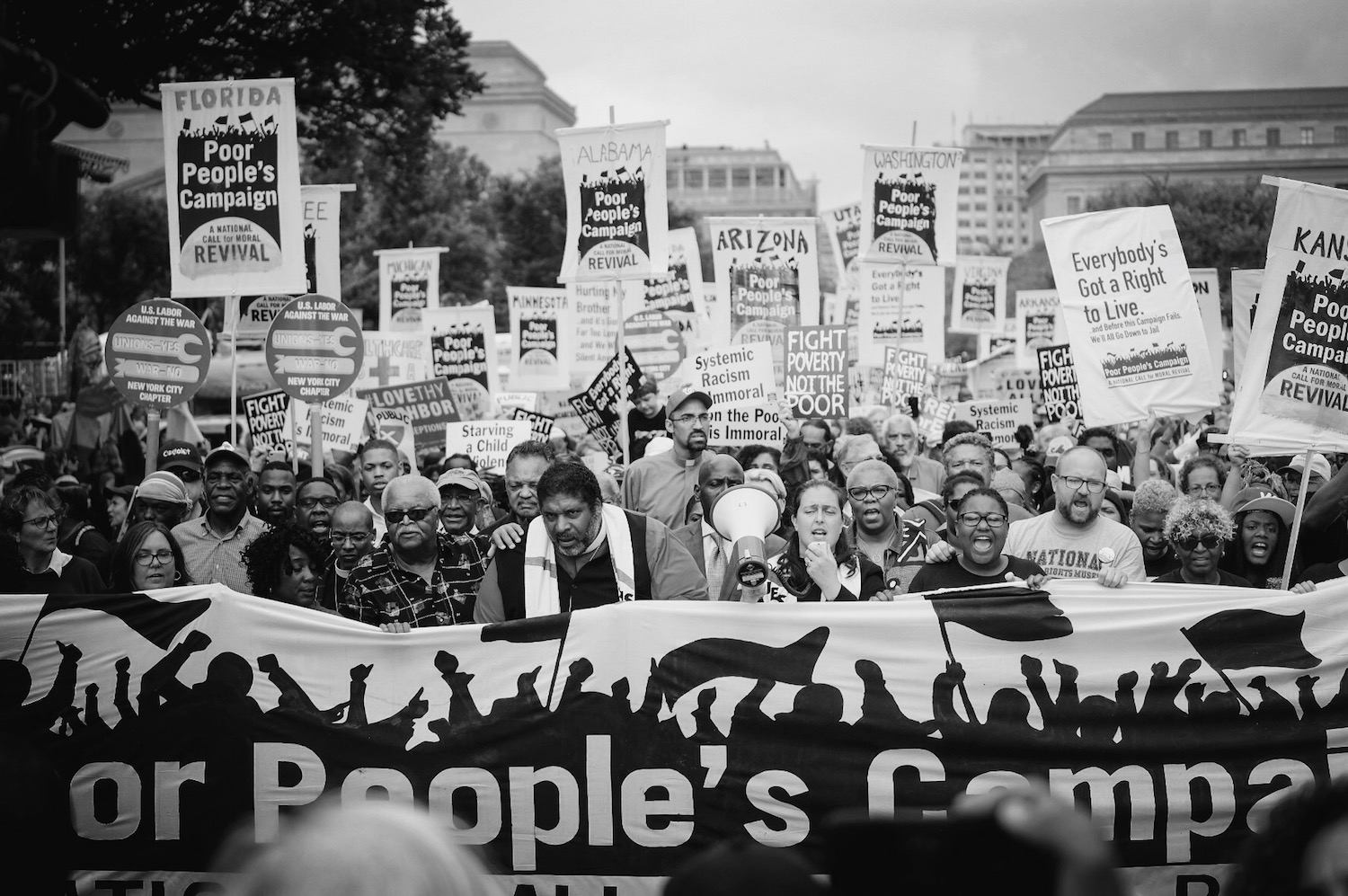 The June 18th, 2022 Mass Poor People’s and Low-Wage Workers’ Assembly and Moral March on Washington and to the Polls will be a generationally transformative and disruptive gathering of poor and low-wealth people, state leaders, faith communities, moral allies, unions, and partnering organizations. Physicians for Social Responsibility is a mobilizing partner for this important initiative, recognizing that the US government’s obsession with military spending is siphoning desperately-needed funds away from immediate concerns like economic and food insecurity, climate change, lack of access to health care or housing, racism, and so much more.

It is not just a day of action. It is a declaration of an ongoing, committed moral movement to shift the moral narrative, build power, and make real policies to fully address poverty and low wealth from the bottom up. Supporters are gathering from across the nation to demand this nation do more to live up to its possibilities:
The Mass Poor People’s & Low-Wage Workers’ Assembly & Moral March on Washington and to the Polls on June 18, 2022 will be a generationally-transformative declaration of the power of poor and low-wealth people and their moral allies to say that this system is killing all of us and that we refuse to be silent anymore.

Learn more about the June 18th march and day of action.