Mustafa Returns to Iraq (and Needs Our Help) 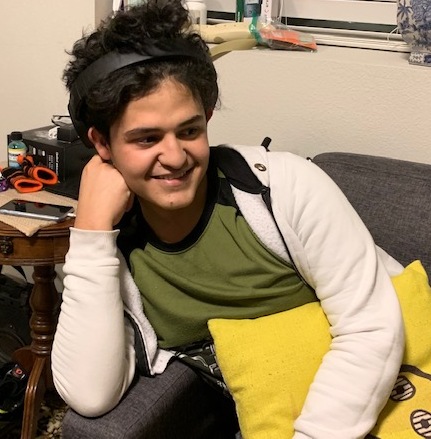 Sixteen years ago, on March 20th, 2003, the US launched a devastating war on Iraq. Hundreds of thousands of Iraqis lost their lives, were wounded, or were displaced. One of those wounded was a two-year old child named Mustafa Abed. Mustafa was critically injured when he and his mother were hit by a US bomb in Fallujah, Iraq in November of 2004. Oregon PSR members and others learned about this and organized to bring Mustafa to Portland in 2008, when he (with his father) came for badly needed medical care, which saved his life. Mustafa returned to Iraq, and to ongoing poverty and war, after several months.

After having lost touch with the family for a  number of years, we reconnected through an amazing story on PBS Newshour in 2016. What was learned at that time was that Mustafa was again very ill and needed medical care not available in Iraq. Oregon PSR, through many of its members and by serving as the fiscal sponsor, was instrumental in bringing Mustafa back to Portland.

Mustafa and his mother, Nidhal, spent the past ten months in Portland and Eugene where, again, Mustafa's life was saved through amazing medical care. They are now home in Iraq. Mustafa's medical care needs continue and we are very appreciative of any donations to help fund medical supplies and to improve the health conditions for the family's home in their rural village in Iraq. Donations can be made at Without Borders, are tax-deductible, and 100% of the funds go to help Mustafa (please indicate Mustafa Abed Fund when making your donation). Thank you!