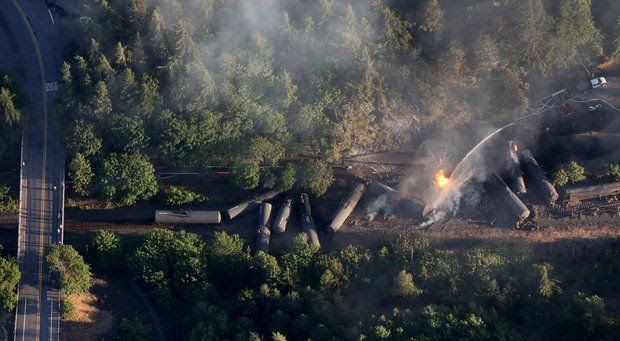 Oregon lawmakers withdrew a bill on Friday that would allow railroads to keep plans for oil train disasters a secret.

A year after a train derailed, caught fire and spilled oil into the Columbia River in Mosier, lawmakers were poised to approve a measure that would require railroads to draft worst-case scenario plans. But the bill also would prevent public scrutiny by exempting the plans from Oregon public records law and legal subpoenas.

By a 31-26 vote, the House of Representatives agreed to send the bill back to the Legislature's ways and means committee for more work.