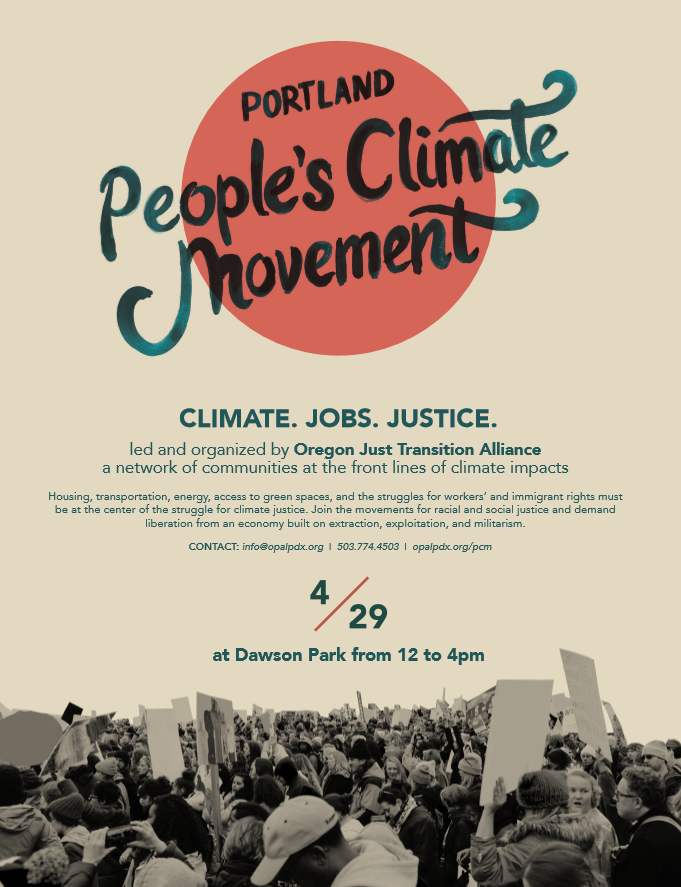 People of color, low income communities, and rural and tribal people are at the front line of environmental and climate injustice- our communities must lead the efforts to address climate change. Climate change is only a symptom of much deeper crises that are happening worldwide- the ecological crisis, economic crisis, and the crisis of empire. These crises come from the current dominant economy, created by a system that only works for a few which relies on exploitation and extraction of resources. We must create a system that works for everyone, based on cooperation, close communities, and regenerative processes.

We call upon Portland’s environmental, racial, social, and economic justice communities and allies to stand with us and support the leadership of most-impacted people. 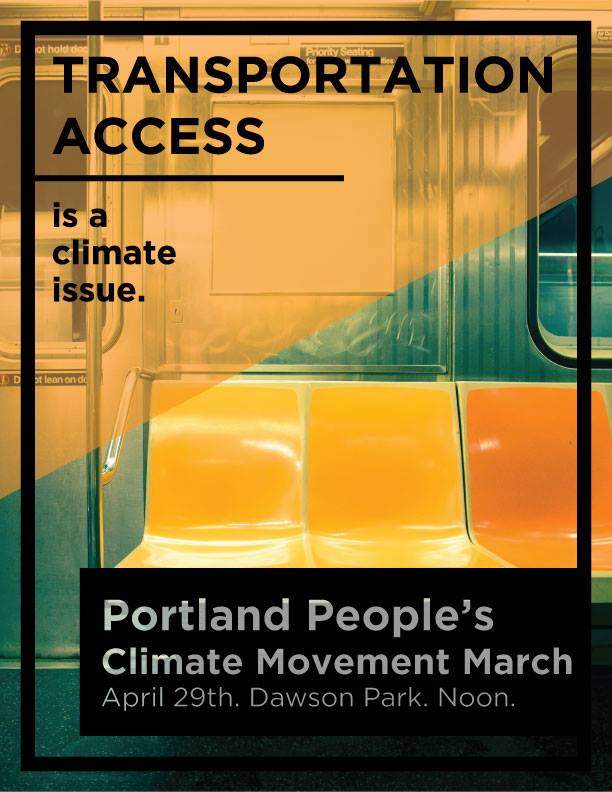 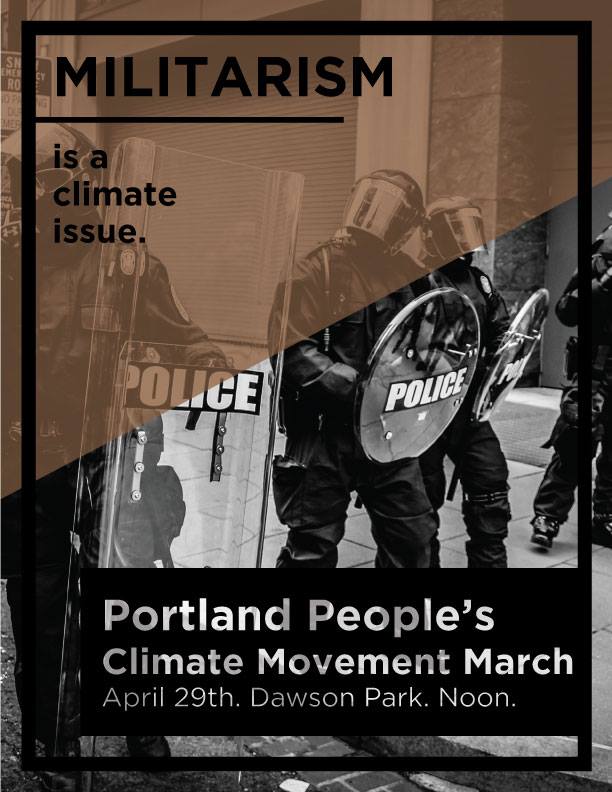 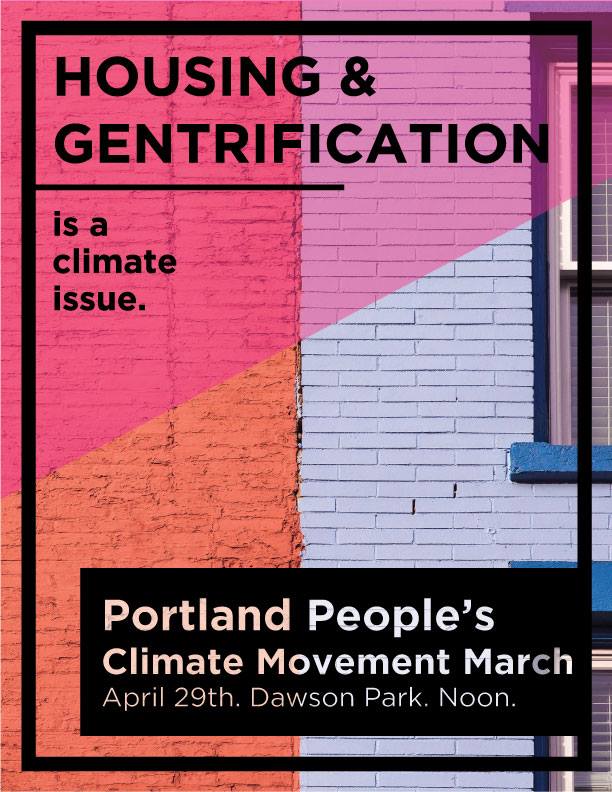