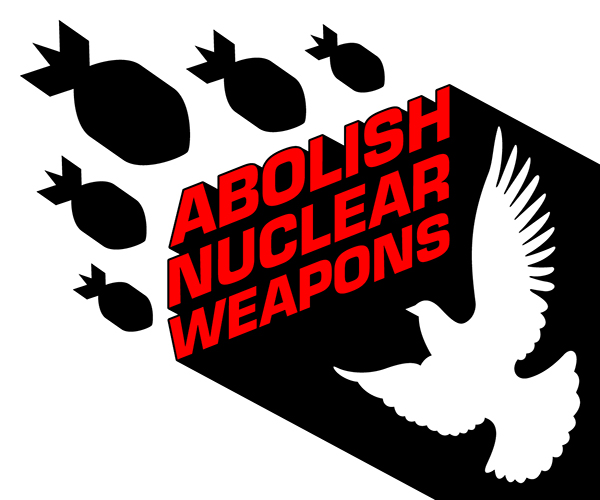 The 13,850+ nuclear weapons in the world today pose an unacceptable threat to humanity. Even without a nuclear war, the development, testing, and possession of nuclear weapons cause unacceptable humanitarian and environmental harm. Recognizing this, 122 nations voted in July of 2017 at the United Nations to adopt the Treaty on the Prohibition of Nuclear Weapons. The United States boycotted the treaty negotiations and plans to spend $1.2 trillion over the next decade on a vast nuclear weapons buildup which will further fuel a renewed global nuclear arms race.

We need a nuclear weapons policy that priorities human health and safety over the existential threat and tremendous costs inherent in nuclear weapons, and there are actions that we can take locally to encourage our elected representatives to promote common-sense policies to protect humanity from the threat of nuclear war.

Please sign our petition to the Portland City Council encouraging them to pass a resolution supporting the UN Treaty on the Prohibition of Nuclear Weapons and urging Congress to lead a global effort to prevent nuclear war.

Text of petition below:

We need a fundamentally different nuclear weapons policy. As concerned Americans, we the undersigned call on the Portland City Council to pass a resolution supporting the UN Treaty on the Prohibition of Nuclear Weapons and urging Congress to lead a global effort to prevent nuclear war. Cities would be the most impacted by a nuclear war, and Portland taxpayers are already spending $142,412,948 annually on nuclear weapons, money that could be better spent on housing, education, health care, and climate justice for our community. We urge you to step up as leaders for nuclear sanity and protect Portlanders from the harms of nuclear weapons and war.

Thank you for taking action to keep our communities safe from the existential threats of nuclear weapons and nuclear war.