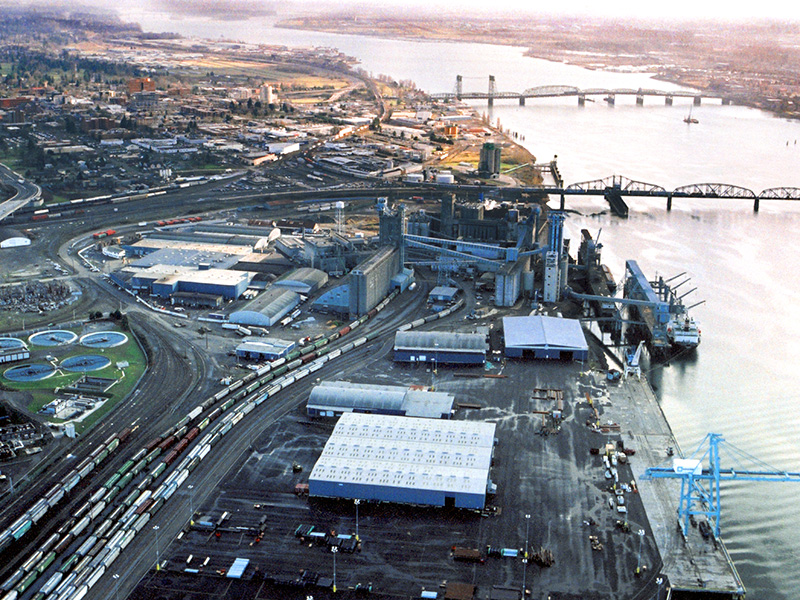 “The people in Vancouver have spoken up for a vibrant, healthy, safe community,” stated Linda Garcia. “We are pleased to see the Port Commission listen to our community, strengthen this policy, and pass it so we can feel assured that we won’t have to endure another controversial, poorly conceived bulk fossil fuel proposal here.”

“Because of the scientific research, we know about the harms of gas. This policy as passed now helps to protect our community against these harms by not pursuing bulk fossil fuel terminals,” said Alona Steinke, retired registered nurse and member of Healthy Climate Action Team of Oregon Physicians for Social Responsibility.

"Our community has spoken for five years in favor of clean energy and against risky bulk fossil fuel terminals like the Tesoro Savage oil train terminal," said Don Steinke, a retired teacher and volunteer with Sierra Club's Vancouver Beyond Fossil Fuel Task Force. "In the wake of the oil train controversy, it's very important for the Port to regain the community's trust. We need to leave the next generation a city and a Port that are healthy, safe, and less reliant on fossil fuels, and this is a good step in that direction."

“As our members are in the process of discharging the largest shipment of windmills we have had before, I want to thank the Commissioners for putting in place a policy to protect port property by not pursuing any future bulk fossil fuel terminals,” said Cager Clabaugh, President, ILWU Local 4.

“Today represents a remarkable shift from the oil train terminal fiasco. Vancouver’s Port Commission sent a very clear signal that Vancouver will not accept any form of bulk fossil fuel terminal,” said Dan Serres, Conservation Director of Columbia Riverkeeper. “With this policy in place, the Port Commission is setting an example that other communities can follow by declining dangerous, polluting fossil fuel mega-terminals like the controversial oil terminal once proposed here in Vancouver.”

“The Commissioners made an important decision today that puts a marker out there around new bulk fossil fuel terminals for Ports across the region to follow,’ said Rebecca Ponzio, with the Stand Up To Oil campaign and Washington Environmental Council/Washington Conservation Voters. “This policy is a key turning point away from the threat of new bulk fossil fuel terminals to our community’s health, safety and climate and towards the future of a clean energy economy. We thank the Commissioners taking a stance against new terminals.”