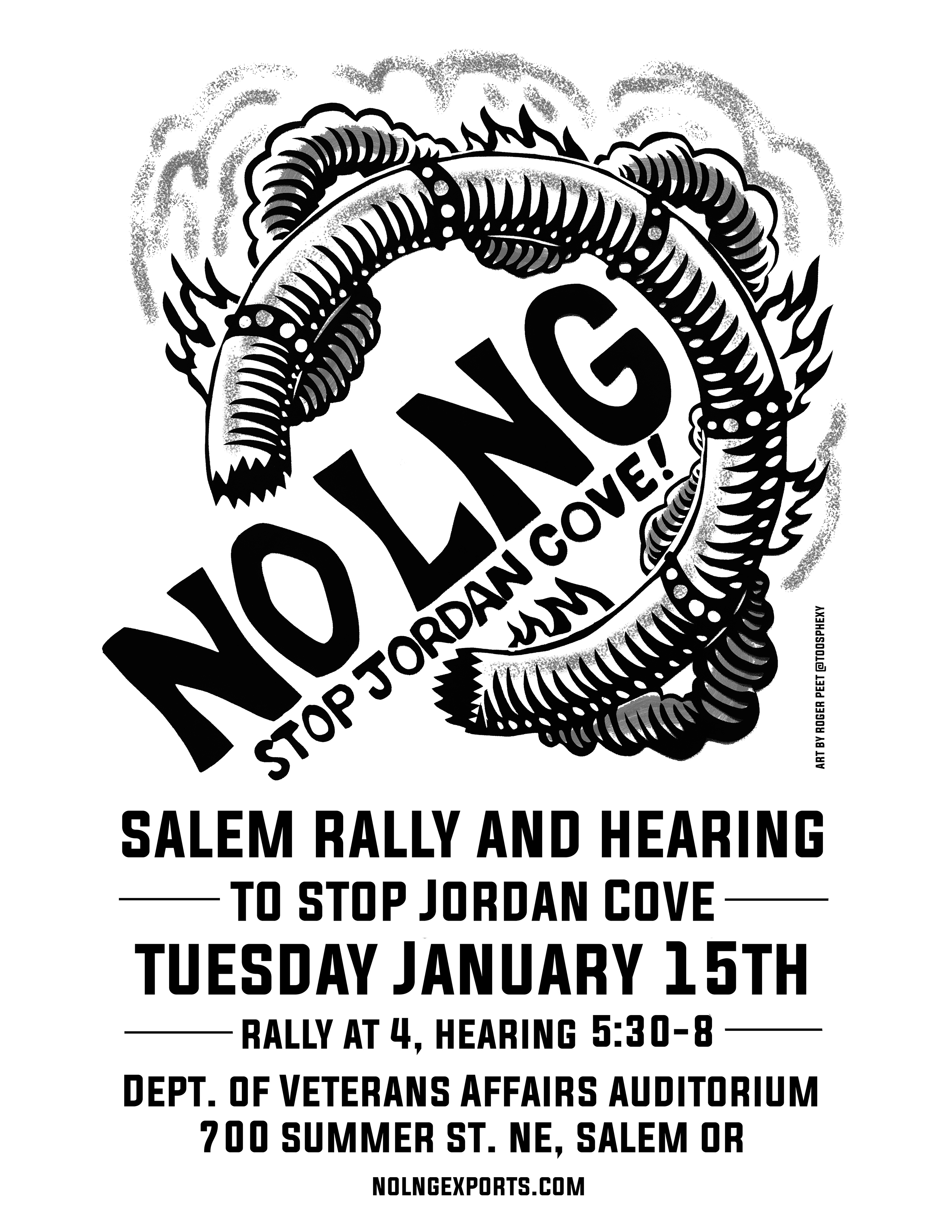 Join us for a rally and public hearing to stop the Jordan Cove LNG export terminal and Pacific Connector fracked gas pipeline in Salem. Rally begins at 4:00 PM outside of the Oregon Department of Veterans' Affairs office, followed by a public comment hearing from 5:30-9:00 PM inside.

This is the chance for community members outside of southern Oregon to speak out against this project. Wear red to show solidarity with our mighty coalition and bring your signs, your friends, and your spirit as we demonstrate our opposition to this toxic fracked gas project!

The Oregon Department of State Lands (DSL) will hear from the public about whether Jordan Cove's Removal-Fill permit should be denied or approved. This is one of the state permits that, if denied, would stop the Jordan Cove LNG even if the Federal Government approves the project.