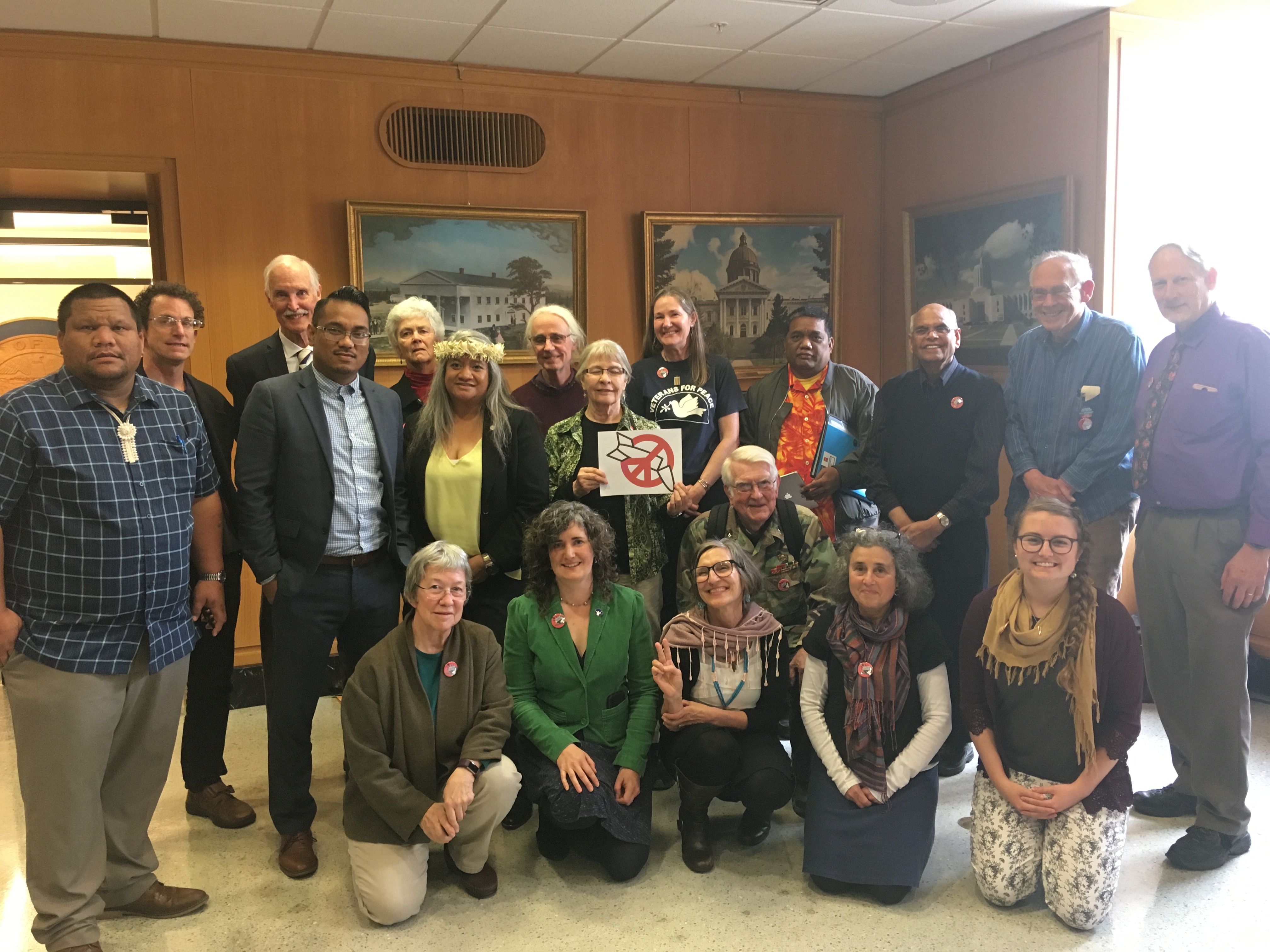 Please join us at Portland City Hall on Wednesday, November 13th, 3:30 pm as the Portland City Council considers two important resolutions: one in support the UN Treaty on the Prohibition of Nuclear Weapons and a second advocates for diplomacy, not war, with Iran. Wear blue to show your support for peace and diplomacy!

Oregon PSR and American Iranian Friendship Council have been working with Commissioner Amanda Fritz who is introducing both resolutions at the Portland City Council hearing on Wednesday, November 13th, 3:30 pm.

The City Council will hear the resolution supporting the Treaty on the Prohibition of Nuclear Weapons and urging congress to take action to prevent nuclear war at 3:30 pm. This resolution, which is based on state Senate Joint Memorial 5, acknowledges that Portland taxpayers are spending roughly $142,413,000 annually on nuclear weapons, money that could be better spent on healthcare, education, infrastructure, and the environment. It calls out the racial injustice and harm to human health that nuclear weapons have already caused from uranium mining on indigenous land to weapons testing in the Marshall Islands to the bombing of Hiroshima and Nagasaki to the contamination of the Hanford Nuclear Reservation. The resolution is part of the International Campaign to Abolish Nuclear Weapons's (ICAN) #ICanSave my city campaign and the "Back from the Brink" Campaign. Read the draft resolution language.

On the same date, at 3:55 PM, the city council will also hear a resolution to support diplomacy, not war, with Iran. This resolution was developed by the American Iranian Friendship Council, a local group of Iranian Americans and others who have deep ties with Iran. Read the draft resolution language.

We'll hear from invited speakers from impacted communities such as Japanese Hibakusha (a-bomb survivor), an atomic veteran, Iranian-Americans and more. The public is also invited to submit written testimony in support of the resolutions to [email protected] and to sign up for public testimony.
The resolutions are supported by the following organizations:

RSVP on the Facebook event page.
See you at Portland City Hall on November 13th! Remember to wear blue to show your support.