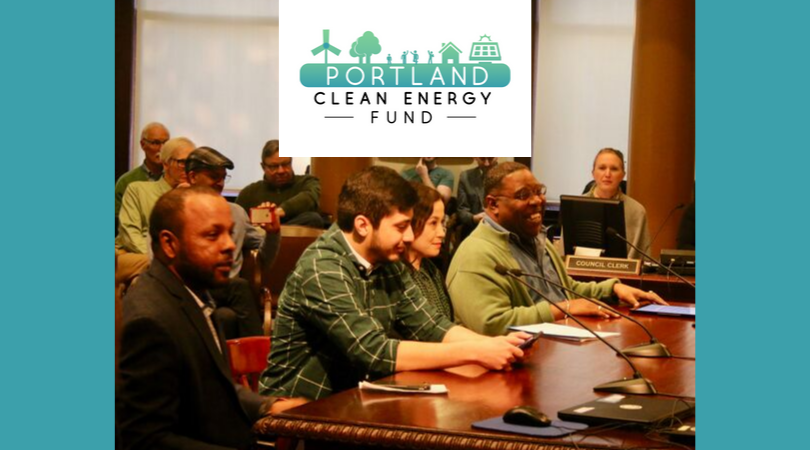 We have just received word from Portland City Council that they will be confirming the appointments of the first five members of the Portland Clean Energy Fund (PCEF) Grant Committee next Wednesday, September 25th. These individuals will play an essential role in overseeing and distributing funding to projects that will fundamentally transform the energy landscape of Portland. They'll be tasked with making sure that the $54-71 million each year will be spent wisely to maximize the benefits of green job training, clean energy, and healthy homes in Portland.

This is our most important public action since passing the Portland Clean Energy Fund in last November’s election. Let's show Portland City Council that we support the appointment of these five members and a continued strong implementation of PCEF alongside the community coalition that created it. Please join us, and wear green to show your support!

The City of Portland and Portland Clean Energy Fund community coalition have been hard at work together to implement PCEF following its historic landslide victory in November 2018. Now, each of the five City Commissioners will appoint one member of the very first grant committee tasked with overseeing PCEF, releasing requests for proposals, reviewing applications, and making funding recommendations.

This is a very important and exciting milestone, and it is essential that we show Portland City Council that we are paying attention, that we support moving forward on their appointments, and that we expect them to keep the Portland Clean Energy Fund strong and implement it faithfully according to the will of the 65% of voters who approved it in 2018.

Remember to wear green to show your support for green jobs and clean energy!