Victory in the Movement for Clean Energy, Not Fracked Gas 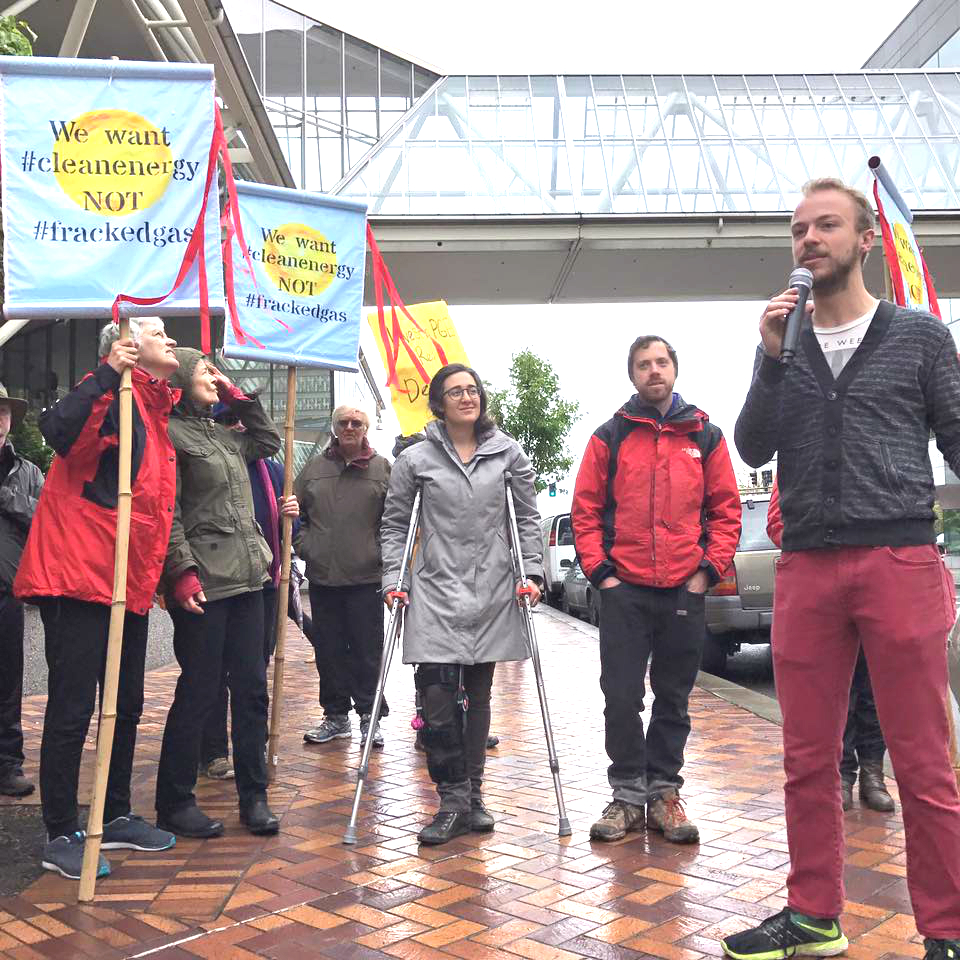 At the beginning of this year, Oregon PSR joined a new campaign to shut down Portland General Electric’s plans to build new gas power plants at the Carty Generating Station near Boardman, Oregon. The plants would have increased imports of fracked "natural" gas from Canada into the state, replacing the soon-to-be decommissioned Boardman Coal Plant with another climate-busting fossil fuel.

Thanks to your help, the campaign was a success: PGE responded to public demand for clean renewable energy and suspended their permit application process for the plants. The Oregon Public Utility Commission hammered the last nail into the coffin by refusing to give their stamp of approval to new gas plants in PGE’s future plans.

So-called "natural" gas is mostly methane, a fossil fuel that traps heat 86 times more effectively than carbon dioxide during the first 20 years of its lifespan. It is not fully known how many fugitive methane emissions leak into the atmosphere during its extraction, transportation, and burning, but scientists agree that even a small percentage of leakage would make the climate impacts of gas comparable to the use of coal. Fracking accounts for well over half of the so-called “natural” gas imported into Oregon, and its wastewater has been known to contain dangerous chemicals such as benzene, formaldehyde, and petroleum distillate.

Health professionals know that fracking is too dirty and too dangerous to be considered a viable energy source. Moving from coal to gas fails to adequately address our need for clean, renewable energy in the face of climate change. The effects of climate change are already manifesting in the form of hotter, drier summers and stronger, wetter storms. We cannot claim that climate change is on the horizon; it is happening here and now. Low income communities and communities of color contribute least to climate change but are being hit first, and worst, by its effects.

The voice of public health was essential in turning the tide on the proposed Carty gas plants in Boardman. Health professionals were also key in making Portland and Multnomah County's commitments to 100% clean, renewable energy among the most progressive and equitable in the country. Journalists said that Portland General Electric faced "a buzzsaw of opposition" to building new fracked gas plants. With your continued support, we can ensure that buzzsaw remains strong in cutting away fossil fuel interests so that we may build the healthy, just future we all deserve.