A Livable Future Where We Can Breathe Easy 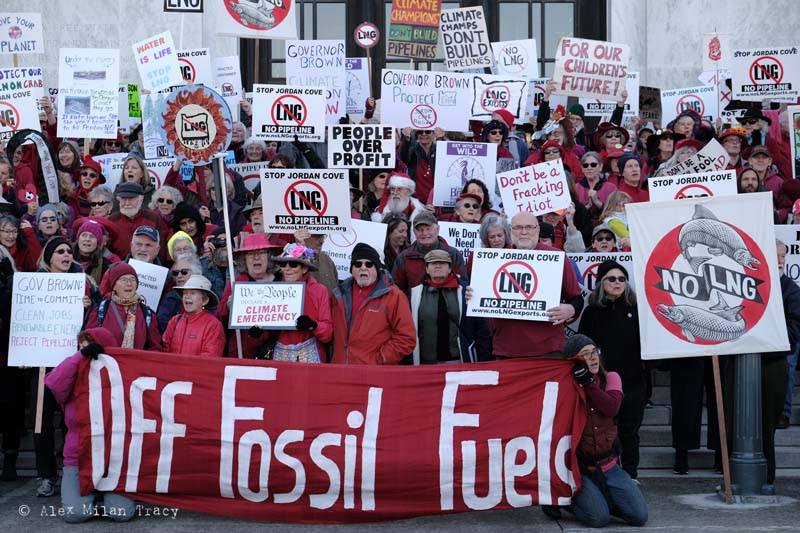 Pandemic. Racist violence. Wildfires and smoke. Recession. This year has tested us in a multitude of ways, while also giving us a snapshot of what lies ahead should we be unable to rise to the global challenge of mitigating the climate crisis.

All of us who care about public health are being called in this moment to work together for a livable future. It starts with Black, Indigenous, and people of color (BIPOC) being able to live without fear of being murdered or brutalized by the police. It includes addressing the fact that the brunt of environmental pollution is borne by communities of color and low-income Oregonians, who are more likely to live in the blast zones of oil trains or along busy roads with high concentrations of diesel particulate matter.

Many in Oregon who have been impacted by recent climate-fueled wildfires don’t have a home to return to. Latinx farm workers must breathe the outdoor air whether it is thick with wildfire smoke or merely saturated with year-round diesel and waste incineration emissions. These intensifying wildfires are proof that climate chaos is happening now, and that colonialism and white supremacy are at the root of both climate change and the large-scale thinning and fire suppression that make these wildfires more intense. We need systemic change to ensure that everyone has a healthy home to shelter in and the tools to safely coexist with fires. At Oregon PSR, we recognize that all of these issues are connected to each other: housing, public safety, and racial justice are all climate issues.

Clearly, there has been a lot of reason for despair lately. But hope is a tool that is always at our side even when times are hard. Envisioning the better world that we seek is an antidote to the very reasonable feelings of distress that many of us feel in this moment.

A better world is not only possible, it’s already being built: we’re excited to have been invited by communities on the front lines of the climate crisis who are charting a course for a Green New Deal for Oregon that will drive down our greenhouse gas emissions and energy bills while creating good, green jobs statewide through the new Energy Democracy campaign. Oregon PSR is also proud to be part of the coalition that developed the Portland Clean Energy Fund, which just opened its very first grantmaking cycle to fund job training, home improvements, and green infrastructure prioritizing BIPOC, low-income folks, women, and people with disabilities.

Thanks to widespread opposition to the proposed Jordan Cove LNG export terminal and Pacific Connector fracked gas pipeline in southern Oregon, the state of Oregon has not approved any of three essential permits for the project and has joined tribes, community groups including Oregon PSR, and landowners in suing the Federal Energy Regulatory Commission for their flawed approval of the project. Our new report on the problems with small modular nuclear reactors authored by M. V. Ramana, PhD has helped convince public utilities to divest from Oregon-based NuScale Power’s costly and untested nuclear power gambit.

Our Healthy Climate Action Team submitted extensive comments to the Washington Department of Ecology urging them to deny Northwest Innovation Works’ proposed Kalama Methanol fracked gas-to-methanol refinery. Using a wide range of research and data, our comments break down the reasons why Kalama Methanol would drive up regional greenhouse gas emissions that cannot be mitigated. In teaming up with community groups on both sides of the Columbia River, we sent a strong message that Kalama Methanol has no place in our healthy climate future.

The Boardman coal plant, Oregon’s single largest emitter of greenhouse gas, has been shut down for good. The culmination of long years of activism and advocacy by Oregon PSR and our partners, this signals the direction our state is heading in: towards keeping fossil fuels in the ground and cleaning up the air we breathe. Though coal is no longer burning in our state, our electric utilities still serve us power generated by out-of-state coal and fracked gas, meaning that a strong 100% renewable energy mandate statewide must be next.

The challenges ahead of us are many, but so are our accomplishments. We know that when we come together and join the voice of public health with our community partners, we can win real results. There is much to do, but the promise of a world where we can all breathe freely is within reach.

Photo above: Demonstrating against Jordan Cove LNG in Salem in 2019, pre-COVID. Photo by Alex Milan Tracy.