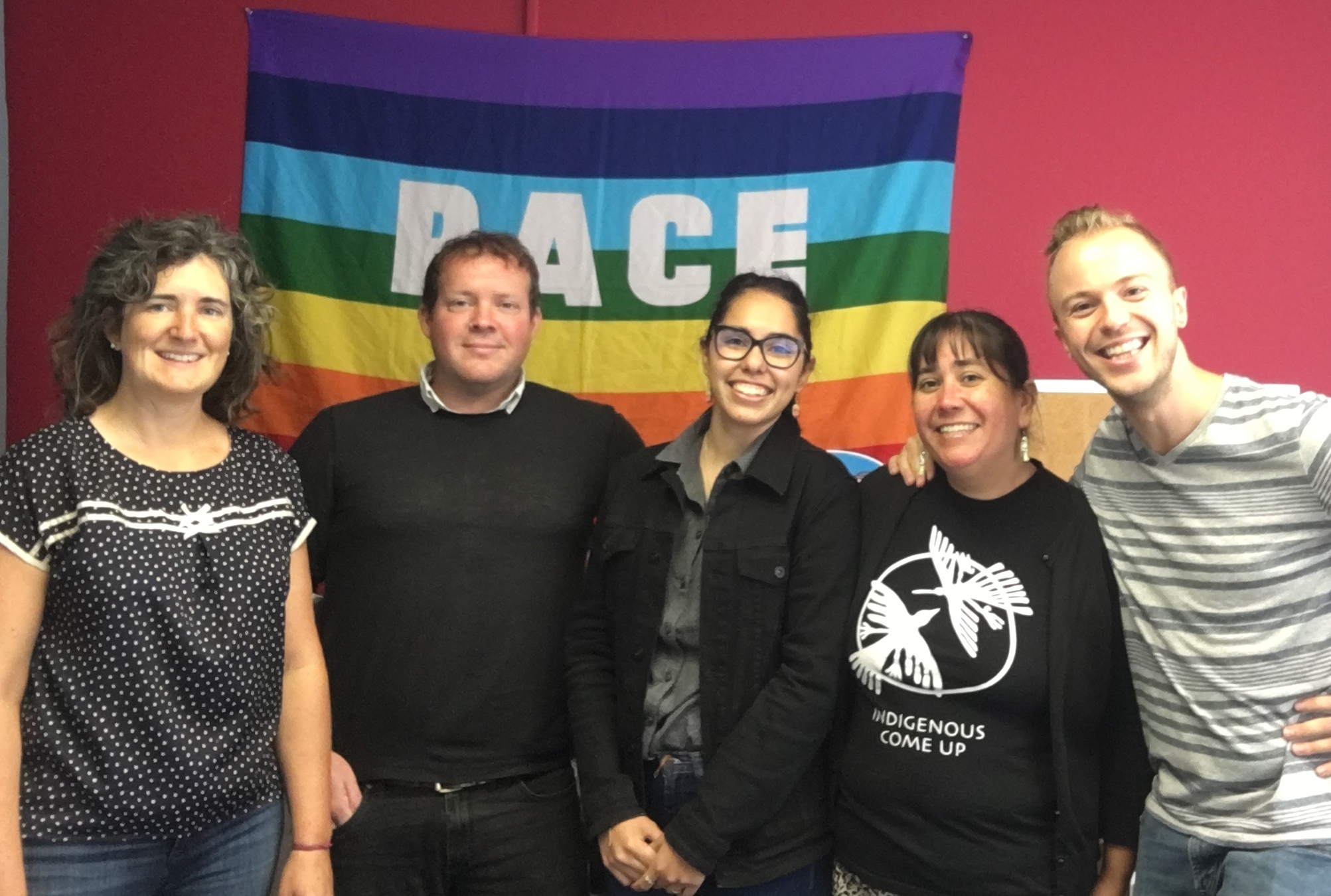 This has been a year of transition, growth, and transformative partnerships for Oregon PSR. When I look back at the past year, I am proud to see how we’ve strengthened authentic partnership with communities most impacted by the injustices of climate chaos and nuclear weapons. At the same time, we’ve had more elected officials reaching out to us for our input on policy, as well as more health professionals finding a home for their activism within Oregon PSR. In the face of the overwhelming challenges of our times, I am convinced that Oregon PSR has a critical role to play in building movements for a healthy future.

As you’ll read in this latest edition of The Folded Crane, we’ve been bringing the health perspective to support coalitions led by communities on the frontlines of climate disruption. After a period of mentorship by Regna Merritt before her retirement earlier this year, Damon Motz-Story has transitioned to a leadership role in our Healthy Climate Program. Together with our fantastic new Energy Justice Organizer, Lluvia Merello, and our dynamic Healthy Climate Action Team volunteers, we’ve sprung into high gear to transition our region away from the outdated fossil fuel and nuclear power economy towards the clean, renewable, and just energy policies that will protect our climate and the health of our communities. They’re supported in this work by Maria Landin, our new Quaker Voluntary Service fellow, who is organizing our annual Greenfield Peace Writing Scholarship, which this year highlights the intersections of immigration and climate justice.

You will also read about how we’ve celebrated a tremendous victory for nuclear disarmament this year as we led the campaign for successful passage of Oregon Senate Joint Memorial 5, which puts our state on record in support of the UN Treaty on the Prohibition of Nuclear Weapons and calls on Congress to take common-sense measures to protect us from nuclear war. I’m especially pleased that the bill, supported by a wide range of partners, was unique in focusing on nuclear weapons as an issue of justice. We’re now working with partners to pass a similar resolutions in Portland, Eugene, Corvallis, and other communities, raising the discussion of nuclear justice and building support for the nuclear ban treaty at the local level. You can also read about this year’s Portland-area Hiroshima and Nagasaki memorial, which focused on the unequal impacts of nuclear weapons on women, children, indigenous communities, and communities of color. Next year, we’ll build on these campaigns for nuclear disarmament as we mark the 75th anniversary of the atomic bombings of Hiroshima and Nagasaki.

You, our volunteers and donors, are the heart of our work, and I deeply appreciate the contributions of time, talent, ideas, and financial donations from members like you. Thank you for being part of our growing community by putting your values into action for peace, justice, and health.