A Morally Reprehensible Tour of the Hanford Nuclear Site 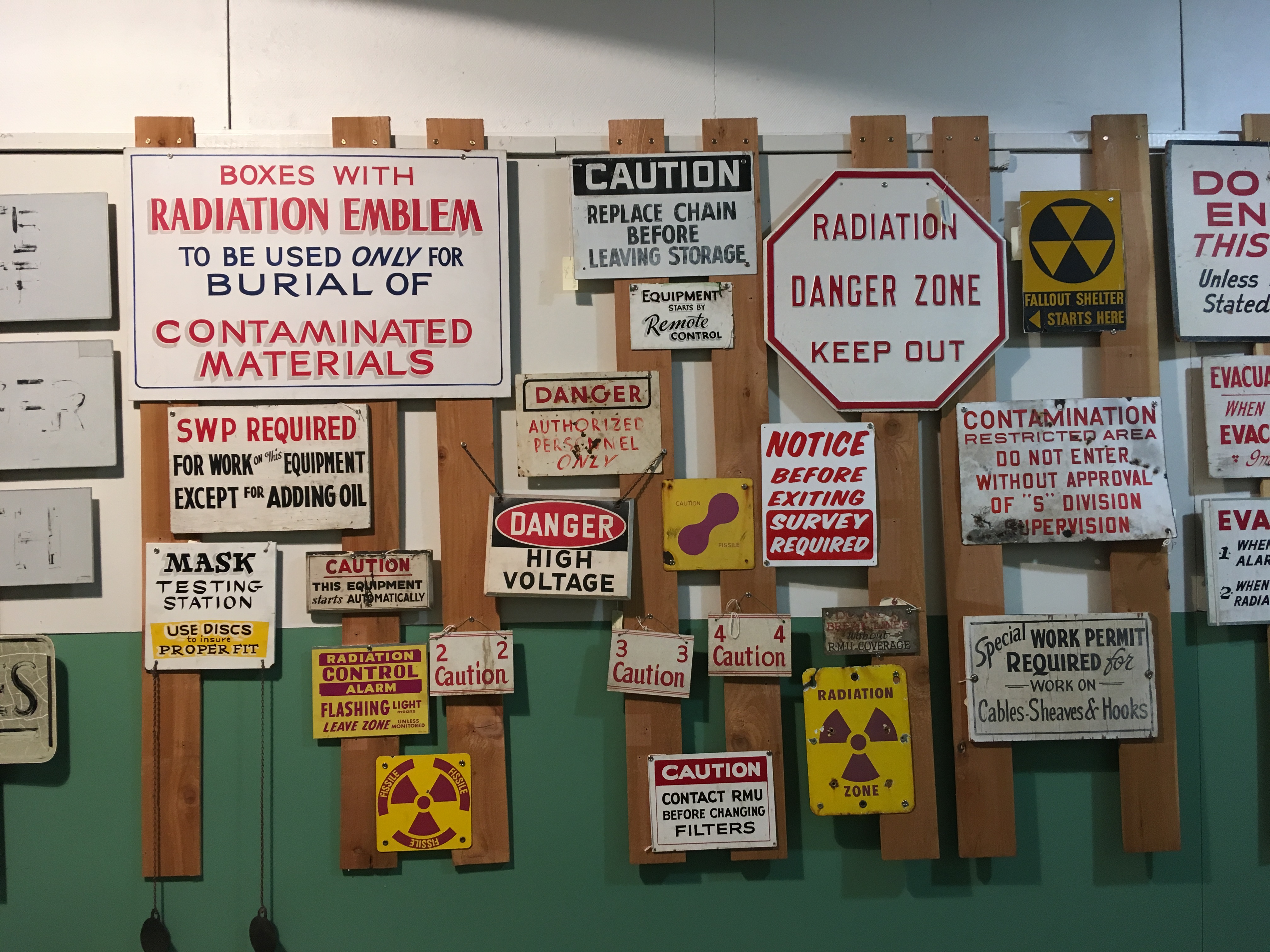 This column was written by Oregon PSR program assistant Madison Arnold-Scerbo, and was originally published in Street Roots. Interested in learning more about Hanford or how to go on one of these tours yourself? Send an email to [email protected]

About 74,000 people died when the United States deployed a nuclear bomb on Nagasaki in 1945. Thousands more died and suffered health consequences over the following decades.

Thousands of people continue to face negative health consequences from the intentional releases of radiation and atomic waste from nuclear tests during the Cold War in the United States.

At least 120 Hanford workers in and around the tank farms have been exposed to toxic vapors since January 2015. This exposure can lead to chronic obstructive pulmonary disease, decrease in lung capacity, toxic encephalopathy and cancer.

But you won’t learn any of these facts by attending a tour of the Hanford nuclear facility near Richland, Wash., the most polluted place in the Western Hemisphere. I know, because I attended two of these tours. I sat through eight hours of romanticization of nuclear weapons and patriotic indoctrination. Both tours I attended, Clean Up and B Reactor, provide a misleading and one-sided view one of the darkest periods of our history.

B Reactor: Portraying nuclear weapons as a feat of engineering

Hosted by the National Park Service, the Hanford B Reactor tour tells the history of the nuclear reactor that produced the plutonium for the bombing of Nagasaki and the Trinity Test. There is a single narrative: nuclear weapons are miraculous feats of engineering that ended World War II. The tour never encourages participants to question if the bomb ended the war or if it was all worth it.

The most disappointing part of the B Reactor tour is the omission or downplaying of negative consequences caused by Hanford’s weapons on Japanese civilians, workers at Hanford, atomic veterans and people near nuclear weapons testing. This omission is morally reprehensible and museologically irresponsible.

If there is a silver lining of this tour, it is that historically, given a large threat, the United States mobilized quickly to address it. What if we did the same for the climate crisis? The changing climate is already threatening the Hanford site, in the form of increased numbers of wildfires in this vulnerable area.

The Hanford Clean Up tours are organized by Mission Support Alliance, a Department of Energy contractor. Getting on this tour was quite a feat. They host only about 40 public tours a year, and you must be an adult United States citizen and register within 15 minutes of the online form opening. Registering for this tour felt more like buying tickets for a Beyoncé concert, not a nuclear waste site.

The main takeaway from this tour was clear: We still have no idea what to do with radioactive waste. The most dangerous waste at Hanford is 56 million gallons of high level waste held in 171 underground tanks. Over a third of the tanks have leaked. This waste is making its way to the groundwater and will eventually reach the nearby Columbia River, already one of the most radioactive rivers in the world. There is no long-term solution for this problem, only an idea to turn the waste into glass through vitrification in a facility that is years behind schedule and has tremendous technological and financial difficulties.

The legacy of Hanford

From 1942 to 1990, Hanford produced plutonium and officials punted the problems of nuclear waste, blinded by nationalism and short-sightedness. The Hanford tours do nothing to encourage the audience to question: Was it worth it?

The current administration is instigating another arms race and asserting that we need to update and expand our nuclear arsenal. The Hanford project has shown us how dangerous this path is. We cannot afford to create any more nuclear waste. And we aren’t even getting into the other consequences of nuclear weapons such as uranium mining, exorbitant cost, risk of nuclear accidents and environmental and health impacts.

We get to decide Hanford’s legacy. We must reject the romanticized narrative. Nuclear weapons remain a fundamental threat to human life, and even without being used, they leave behind incomprehensibly dangerous waste that we have no plan to deal with.

We need policies to reduce, not expand, our stockpile of nuclear weapons. For example, Senate Joint Memorial 5 is a bill in the Oregon State Legislature that urges Congress to lead a global effort to reduce the threat of nuclear war.

The legacy of Hanford is dangerous waste and devastation to human life and the environment. We must learn from the past and take steps to stop the production and use of nuclear weapons.