Celebrate Armistice Day as a Day of Peace 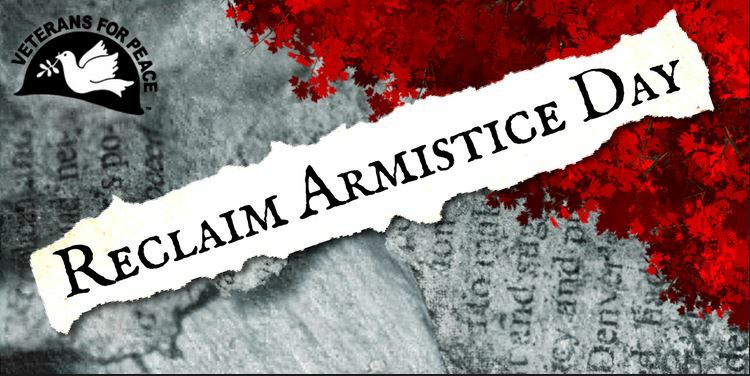 Join Oregon PSR in supporting our partners at Veterans for Peace Chapter 72 in reclaiming Armistice Day as a day of peace and remembrance for the victims of war.

Participants will gather at 10:30 AM, and at 11:00 AM, will chime bells 11 times to commemorate the 99th anniversary of the end of World War I. Bring a bell! Two minutes of silence will then be observed, one dedicated to the soldiers who died in WWI and one dedicated to the wives, children, and families left behind but deeply affected by the conflict. After a brief statement from Veterans For Peace, those present will be invited to speak or recite prose or poetry in an open mic format.

Ninety-nine years ago, the world celebrated peace as a universal principal. The first World War had just ended, and nations mourning their dead collectively called for an end to all wars. Armistice Day was born and was designated as “a day to be dedicated to the cause of world peace and to be thereafter celebrated.”

After World War II, the US Congress re-branded November 11th as Veterans Day. Honoring the warrior morphed into honoring the military and glorifying war, and so Armistice Day was flipped from a day for peace into a day for displays of militarism.

Veterans For Peace has taken the lead in lifting up the original intention of November 11thas a day for peace. This Armistice Day, Veterans For Peace calls on the US public to say no to more war, no to war on North Korea, no to the threat of nuclear weapons, and to demand justice and peace at home and abroad.