Fighting for A Healthy Future 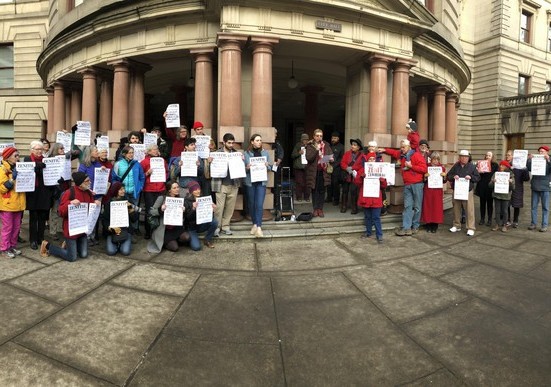 Oregon PSR is dedicated to protecting human health by working for climate justice and promoting common-sense energy policies. Though challenges are ever-present, with your support we’ve made significant progress in the last few months.

As co-directors of the Power Past Coal coalition, we’re celebrating a victory at Fraser Surrey Docks in British Columbia!  A key coal permit was cancelled by the Port of Vancouver (BC) on February 1st. The campaign to halt this permit began in early 2013. We extend congratulations to our Power Past Coal partners in BC on this huge victory - six years in the making.

The Health Impact Assessment (HIA) for the proposed Millennium Bulk Terminal in Longview, WA was released to the public in December. The process was led by the Planning Department of Cowlitz County, whose elected commissioners support the transport, storage, and shipment of 44 million metric tons of coal through and near Longview. While not perfect, the HIA confirmed health disparities and threats to the health of low-income communities from this dirty and dangerous project. We’re deeply grateful to the majority of members of the HIA Committee that recommended that the terminal not be built.

Oregon PSR contributed over 4,000 comments, as well as detailed technical information, to the HIA process. Thank you to the many volunteers who attended each meeting and work session and to those who signed petitions and testified. Special thanks go to Dr. Stephen Chandler and Dr. Ann Turner for their invaluable work.

The continuing saga: Ignoring the protests of the Cowlitz Indian Tribes, the Affiliated Tribes of Northwest Indians, public health advocates, and environmental groups, the US Army Corps of Engineers proceeds with work on an Environmental Impact Statement (EIS) for the Millennium project. The date for release of the final EIS is unknown. 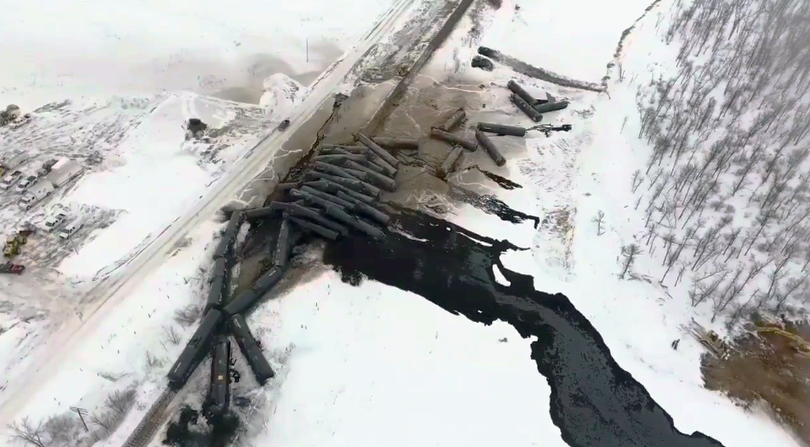 Zenith, formerly Arc Logistics, is adding infrastructure to increase the volume and frequency of oil trains moving through the Columbia Gorge into NW Portland. From there, it exports oil to a refinery in China. While we’ve had success in efforts to prohibit new bulk fossil fuel infrastructure within Portland, we need new action to prevent disasters at existing facilities. The unacceptable threat of oil spills was underscored yet again in late February when 37 oil cars spilled onto the snow near an oxbow of the Assiniboine River in Manitoba, Canada.

Tar sands present the daunting threat of sinking oils and are much more difficult to capture and remove. Expanding to run at least one train per week would dramatically increase the risks posed to the Willamette and Columbia Rivers. Please visit our website and sign the petition to the City of Portland, Oregon DEQ, and the Army Corps of Engineers, and follow our weekly email alerts to keep up with actions to come.

Oregon PSR seeks oil train safety legislation that will bring us up to Washington’s and California’s standards. Our thanks to Dr. Maria McCormick and Dr. Theodora Tsongas, members of our Healthy Climate Action Team, who provided strong testimony in January legislative hearings. We continue working with Friends of the Columbia Gorge and Stand Up to Oil (SUTO) partners to mitigate the enormous risks posed by unsafe oil trains, inadequate emergency response time and preparation, and lack of financial accountability.

We’re working with SUTO partners in SW Washington to encourage the City of Vancouver and the Port of Vancouver to prohibit dangerous fossil fuel projects. Please visit our website to learn more and to sign our petition. 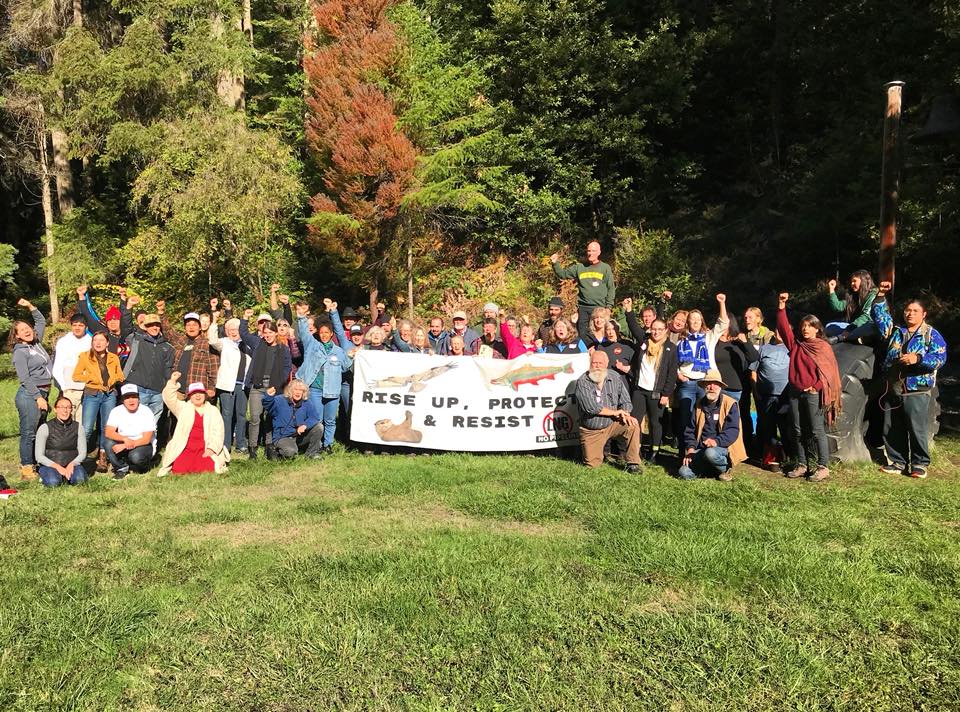 We estimate that over 50,000 comments were submitted to the Oregon Department of State Lands (DSL) in opposition to the removal-fill permit for the Jordan Cove LNG Export Terminal and Pacific Connector Pipeline in southern Oregon. Oregon PSR submitted detailed technical comments and petition statements from our members.

Over 2,000 attended hearings, including ranchers, tribal members, health professionals, impacted landowners, and young people who expressed their opposition. Huge thanks to “Folly of Frack” thespians Dr. Kelly O’Hanley and Dr. Melanie Plaut and to all who wrote comments and attended hearings. This agency decision has been delayed due to the high volume and quality of the comments.

We’re so grateful to Senator Jeff Golden, all elected leaders, and Jackson County commissioners who have called on DSL to deny this key permit. More good news: a judge in Douglas County issued a setback to the pipeline project in June by nullifying a county-issued permit.

The Federal Energy Regulatory Commission (FERC) announced that it will release its Jordan Cove DEIS in late March, so we expect public hearings to be held late June. We will support our SW Oregon partners and push for statewide hearings to include Portland. A final FERC EIS is scheduled for October 11th, with a decision to be published in January of next year.

The Power Past Fracked Gas coalition held a rally in Olympia in February and delivered nearly 150,000 comments to Governor Inslee. Oregon PSR’s Damon Motz-Storey, who also serves as Communications Director for the Power Past Fracked Gas coalition, covered the event live on Facebook and led a Twitter storm the following week. We continue to encourage Washington’s Governor Inslee to turn back climate-busting fracked gas projects in Kalama and Tacoma.

Oregon PSR is fighting for legislation that is just, equitable, and which will dramatically decrease emissions over the next 12 years with full accountability to the public. We’re not there yet. We also support a strong version of HB 2007 to protect health from dirty diesel. Please visit oregonpsr.org for continued updates and opportunities to take action.

Thank you so much for your support!