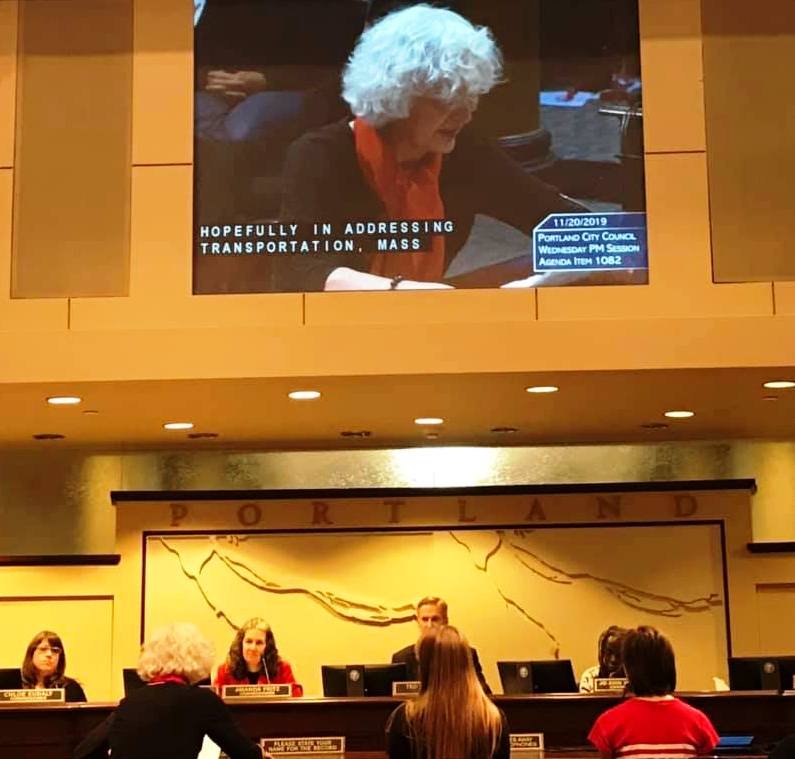 Thank you to everyone who was able to make it out to the Wednesday, November 20th Fossil Fuel Zoning Code Amendments hearing at the Portland City Council! A sea of supporters wearing red filled the Council chambers to show our elected leaders that we support banning new and expanded bulk fossil fuel facilities.

Special thanks to Kelly O’Hanley, MD (pictured above giving testimony) for representing Oregon PSR during the public comment period. We appreciate all of the speakers and attendees, and we are thankful for the great turnout and testimony.

In 2016 we celebrated a huge victory when the City of Portland passed a landmark ordinance prohibiting major new fossil fuel terminals. In the three years since, Oregon courts have upheld the city's constitutional right to enact the ordinance despite serious efforts by the oil industry to stop the city.

Now, Portland City Council has held a hearing to resolve land use issues identified by Oregon’s Land Use Board of Appeals. They have indicated that they will likely approve the zoning ban on new and expanded bulk fossil fuel terminals. With your support, the City Council will vote to reinstate the ordinance on Wednesday, December 18th. Please call and email members of Portland City Council and 1) thank them for hearing public comments on November 20th and making statements in support of the fossil fuel zoning amendments, and 2) ask them to approve the amendments on Wednesday, December 18th.