Thank You for a Special Hiroshima and Nagasaki Remembrance Event 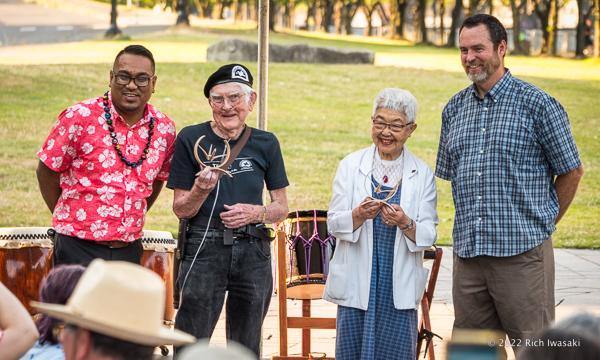 As the ongoing war in Ukraine reminds us, the existence of nuclear weapons remains a threat to all life on our planet. While 90% of the world’s nuclear weapons remain controlled by the US and Russia, momentum is growing for a nuclear-free future as the majority of countries in the world have come together to create the Treaty on the Prohibition of Nuclear Weapons, making nuclear weapons illegal under international law. The first meeting of State Parties of the Treaty concluded this summer, with even some NATO-member countries surprising the world by attending.

We here in the US must do our part to work for a nuclear-free future. That is why for the past 30 years, Oregon PSR has taken the lead in organizing the Portland community commemoration of the bombing of Hiroshima and Nagasaki, together with our partners, to honor the lives lost to nuclear weapons and renewing our pledge to work for nuclear justice and create a nuclear-free future. 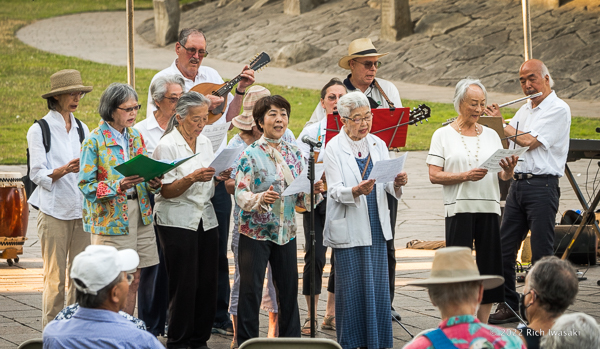 After two years of alternative programming, it was a welcome homecoming to gather in person again at the Japanese American Historical Plaza in Portland’s Waterfront Park on August 8th, 2022, for this annual memorial. More than 200 people attended on a warm, breezy evening for speeches and performances to mark the occasion and opportunities to learn about and take action for nuclear justice. Thanks to our emcee, Jesse Gasper from the Oregon Marshallese Community Association and who is now the new Membership Manager at Oregon PSR for guiding us through the evening. We were honored to have Cathy Simpson-Kruse (Waluulapum Band, Confederated Tribes of the Umatilla Indian Reservation) give the welcoming land blessing, and to hear powerful words from third generation hibakusha (a-bomb survivor) Yukiyo Kawano about the linkages between nuclear weapons, nuclear power, and racial justice. We awarded two of our distinguished elders in the movement, hibakusha Michiko Kornhauser and atomic veteran Harvey Thorstad, on whose decades of telling their personal stories our movement is built upon. Rounding out the program from the stage, we are grateful for the uplifting performances by LaRhonde Steele & Portland Interfaith Gospel Choir; Hiru Gohan; Portland Taiko Drummers; Tsubaki Buyo Doukoukai Traditional Japanese Dancers; Marshallese Youth Dance Troupe. We also want to recognize Tojil and Pedrito Sosa for teaching origami crane making as they have for the past decade, and the Oregon Marshallese Community Association for sponsoring a COVID-19 vaccination clinic in association with the event. And as always, the planning committee and individual volunteers that clean the park and help with logistical events are much appreciated. 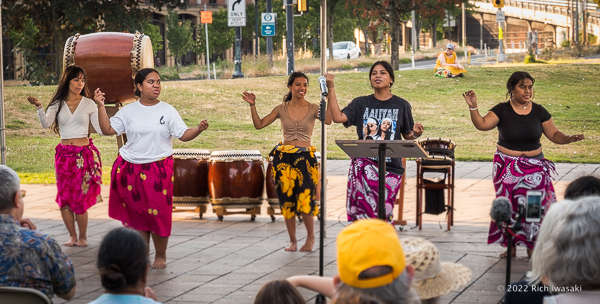 I am truly thankful for the incredible support we received for the Hiroshima and Nagasaki Remembrance event this year from our community partner organizations who recognize that nuclear justice connects to their work for social justice. The event had more organizational sponsors than ever before and the event would not have been possible without them. Our sponsors included:

I hope to see everyone again at next year's event. If you were unable to attend the event this year, or you just want to watch it again, you can find it on our Facebook page. 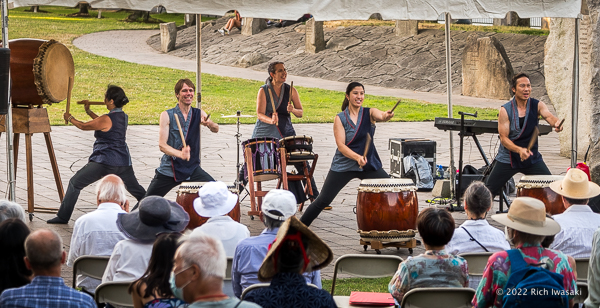 Thank you to Rich Iwasaki for the amazing photos of this year's event.