Introducing Our Campaign for Clean Air in Marion County 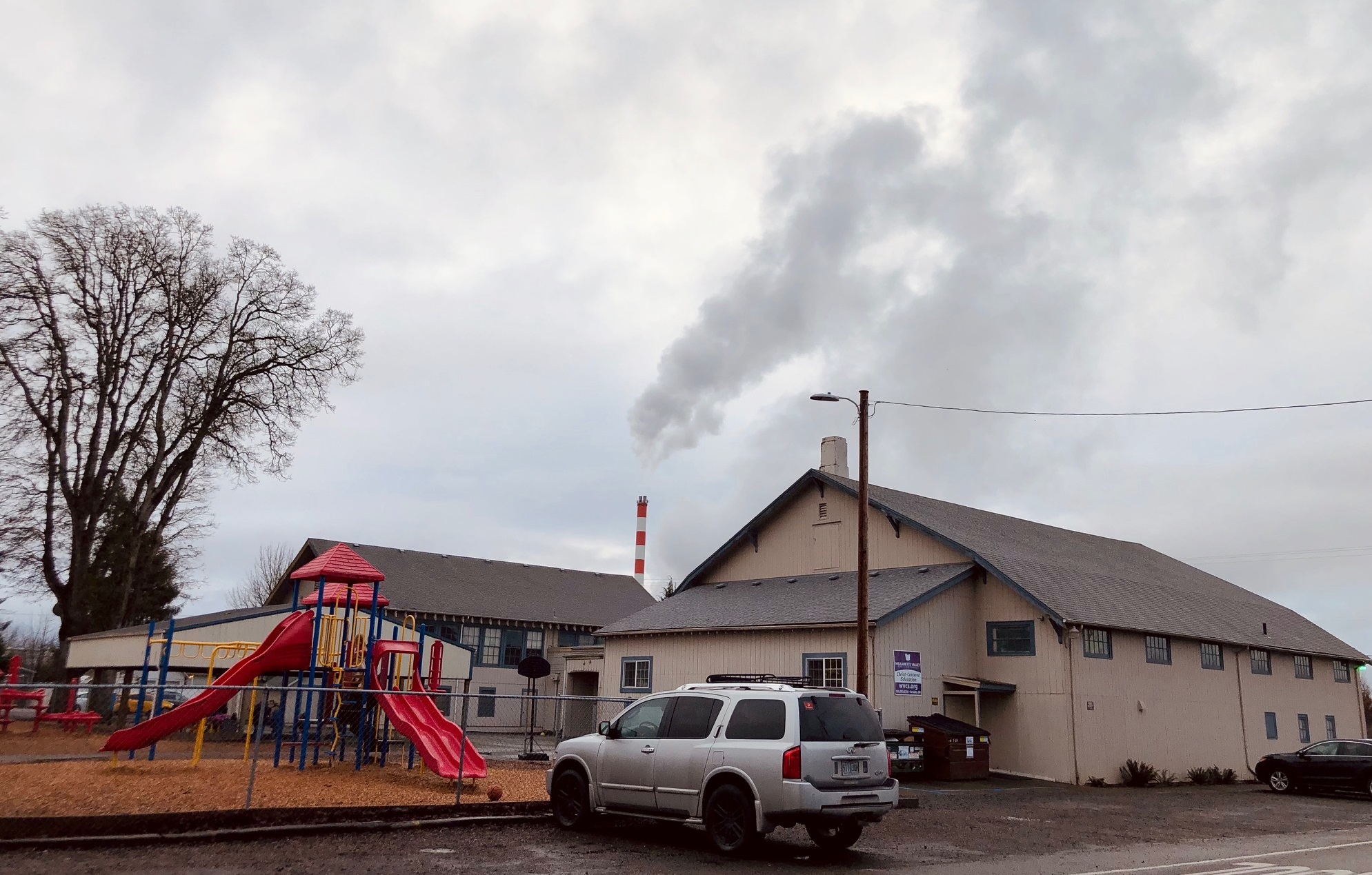 Since 1986, the Covanta Marion waste incinerator (pictured above behind a nearby childcare facility) has been polluting Marion County just east of I-5 and north of Salem. Municipal garbage from the County, as well as medical waste imported from other states, are fed into the incinerator, producing highly toxic air emissions and ash. In fact, the facility is so toxic that it was singled out by the Cleaner Air Oregon program as a top priority for increased scrutiny out of hundreds of facilities statewide.

Covanta Marion is the single largest emitter of greenhouse gases and air pollution in Marion County, topping the charts for point-source emissions of airborne fine particulate matter, nitrous oxides, and sulfur oxides. Covanta Marion is the 19th single largest source of greenhouse gases in Oregon. The facility also emits dioxins, a highly toxic, bioaccumulative contaminant created by burning treated wood. Dioxins are a large part of the reason why the chemical weapon Agent Orange, used by the United States military on the Vietnamese people during the Vietnam War, was so devastating, and why many Vietnamese people and US military veterans and their families continue to suffer adverse health outcomes to this day.

For many years, Covanta, a multinational incinerator company based in New Jersey, has been marketing itself as a sustainable waste disposal solution, “greenwashing” itself as a source of renewable electricity generation in numerous states and countries worldwide. The truth is that waste incineration is not renewable and nowhere close to clean. Renewable energy is energy created from natural processes that do not get depleted, such as wind, wave, or solar energy. Waste incinerators produce more carbon dioxide per megawatt-hour than coal-fired, gas-fired, and oil-fired power plants. Trash burned in an incinerator does not disappear, it is transformed into air pollution, ash, and sludge, which make their way into the environment and thereby degrade public health.

In January 2020, Carina Perez Europa, a lifelong Marion County resident, joined the Oregon PSR team as our Clean Air Organizer. She is working out of Woodburn on a campaign to educate Marion County residents and decision-makers regarding the harms of waste incineration, as well as the viable and more health-protective alternatives at our disposal. We led a successful and broad coalition effort to defeat House Bill 4049, Covanta’s second attempt in as many years to divert renewable energy credits from new wind and solar projects to their outdated and polluting facility. Next up, we plan to lead a broad campaign for responsible, sustainable, and clean alternatives to waste incineration in Marion County.

Zero waste strategies are growing in popularity worldwide. By greatly ramping up reduction, reuse, recycling, and composting systems, methane emissions at landfills fall drastically and incinerators become increasingly obsolete. Austin, TX has a target of diverting 90% of its solid waste from landfills and incinerators by 2040, a goal that is supported for municipalities everywhere by the Institute for Local Self Reliance and the Global Alliance for Incinerator Alternatives. We believe that Marion County residents will be better served by a zero waste system that will create new jobs in waste diversion, lower garbage pickup rates, and clean up the air breathed by Latinx communities in and around Woodburn, the Russian Old Believers community, and everyone who calls the Willamette Valley home.

If you are interested in supporting the campaign for clean air in Marion County, please contact Carina Perez Europa. You can also visit the Clean Air Now! Coalition’s website to view our coalition partners’ work on this important issue.