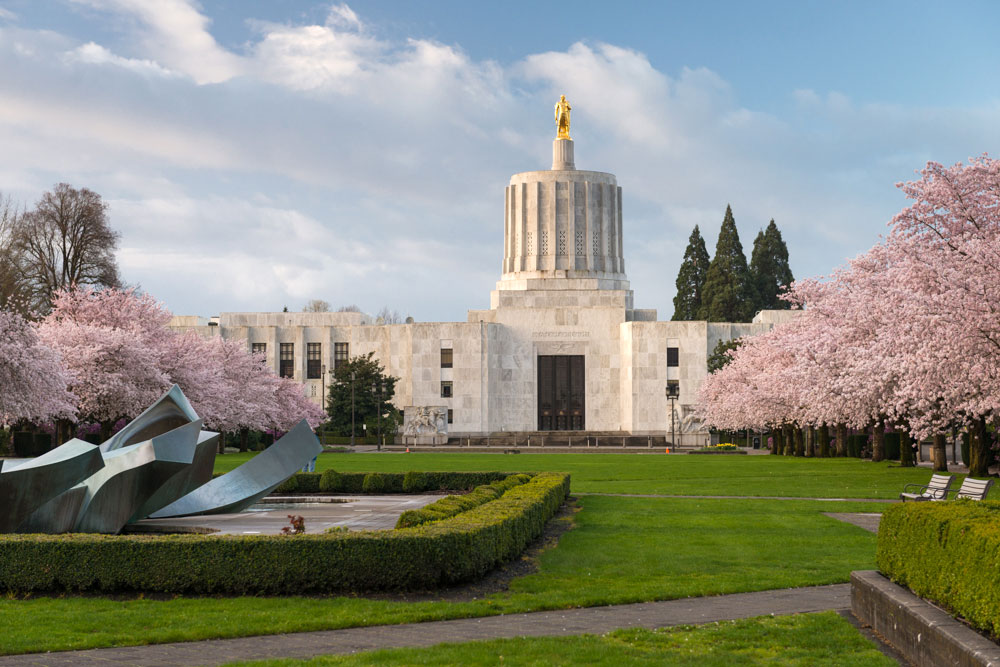 As the Oregon legislature kicks off its 2023 session, Oregon PSR is supporting a number of bills to promote a healthy climate, environmental health, and racial justice that will make our state a healthier place to live. We are also opposing a few dangerous bills that would allow radioactive waste producing nuclear reactors and prohibit local action to replace methane gas with clean electricity. Bookmark this page for more information and opportunities for you to take action for a healthier Oregon as the session progresses.

Requires the Covanta Marion incinerator, which burns both municipal and medical waste, to meet the stricter federal emissions limits for hospital, medical or infectious waste incinerator.

Read the Statesman Journal story about this bill.

Establishes an independent Medical Release Advisory Committee of health professionals within the Board of Parole and makes recommendations for inmate medical releases based on medical and public health criteria. SB 520 will greatly improve the process for adults in custody who have pressing medical needs that cannot be met by state prisons. The final decision on release will remain with the Board of Parole who can deny release if there is a public safety concern.

Other Bills We Support

As a member of the Divest Oregon coalition, Oregon PSR supports the Treasury Investment and Climate Protection Act (TICPA) that will require Treasury to implement:

Learn more about the Treasury Investment and Climate Protection Bill

There is very little federal regulation of children's toys and products. Thousands of chemicals lurk in products our kids use every day, and children are far more vulnerable to toxics than adults. In 2015, a bipartisan Oregon Legislature stepped up, in the absence of strong federal protections, and voted overwhelmingly in favor of the Toxic Free Kids Act (TFKA), requiring manufacturers of children’s products to disclose—and eventually phase out— some of the worst chemicals in kid's products. We’ve made great progress, but our kids need us to do more. OR's current law can be modernized with common-sense solutions such as regulating chemicals by class (as opposed to the whack-a-mole individual chemical approach), and removing limits on the number of chemicals regulated.

The personal care products industry is one of the least regulated in the U.S. It is estimated there are over 10,000 chemicals in the beauty market today, and account for a $100 billion beauty industry. The Federal Food, Drug and Cosmetics Act (FDCA) has only restricted 11 chemicals since 1938, while the European Union has banned over 1800 chemicals. While people across all spectrums use cosmetics, low income women and women of color are disproportionately impacted due to targeted marketing. SB 546 bans the worst chemical classes found in cosmetics and personal care products from sale in Oregon to make products safer for all.

Establishes resources for ODE and creates a stakeholder advisory group to modernize school integrated pest management with the expected outcomes of consistent recordkeeping, equitable distribution of resources and training, and reduced pesticide exposures for students K-12.

Provides that the Legislative Assembly finds and declares that home rule cities and counties have constitutional authority to prohibit or limit use of fossil fuels in new buildings or installation of fossil fuel infrastructure.

This bill provides an additional $4,000,000 to Oregon Health Authority (OHA) for grants for the mobile health pilot program established by HB 4052 in 2022 to address racism as a public health issue. This intersects with issues of environmental racism and environmental justice.

This bill extends the timeline of the Oregon Advocacy Commissions Office (OACO) Affinity Group Task Forces from June 2023 to June 2026. This will also extend the OACO and Oregon Health Authority staff positions to 2026 to carry out the required work. This change is important as it allows for more time for community-engaged development of health equity recommendations, advocating for bills in legislative sessions, and monitoring progress and accountability of the original HB 4052 project.

The Right to Healthcare is now enshrined in the Oregon Constitution. Now Oregon has the opportunity to turn that right into a reality with Senate Bill 704 and House Bill 2558. (These are currently identical.) SB 704 creates the Universal Health Plan Governance Board. As a member of Health Care for All Oregon, Oregon PSR supports these bills. Read the one pager.

These bills seek to overturn the will of the people of Oregon established by ballot measure in 1980. The measure prohibited the construction of nuclear power plants in Oregon until an adequate, national high level radioactive waste repository is federally licensed, and then the proposed nuclear plant in Oregon would be subject to statewide voter approval. If HB 2215/SB 676  becomes law and is passed by Oregon voters, it would allow the siting and operation of commercial nuclear power plants in Oregon, without first requiring a federally licensed repository for its high level nuclear waste. From the mining of uranium on indigenous land to radioactive waste dumped in environmental justice communities, nuclear power including small modular nuclear reactors, is an unjust energy source, and a false solution to the climate crisis that distracts from clean and just renewable energy development. It has no place in Oregon where the voters have already rejected it.

Prevents local governments from prohibiting natural gas use in or availability for new or existing residential or commercial buildings.