Posted by Damon Motz-Storey 374sc on 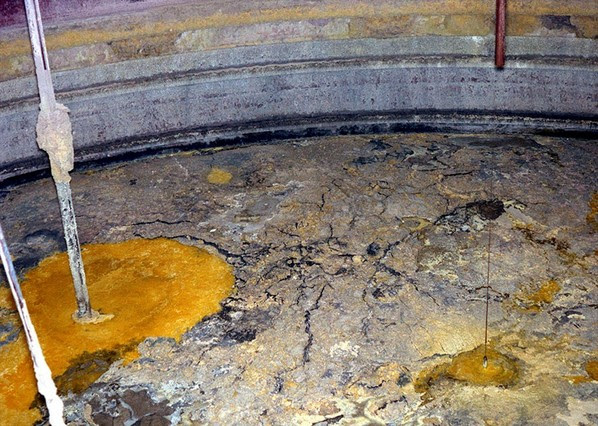 Tens of thousands of gallons of high-level radioactive waste from 40 years of nuclear weapons manufacturing is sitting in underground tanks at Hanford. The Trump Administration wants to reclassify this pollution as low-level waste and leave it near Columbia River waters indefinitely.
There are a lot of reasons why it's important to legally call high-level radioactive waste what it is: US law requires a plan for high-level waste to eventually be buried in a deep geologic repository. Reclassifying Hanford tank waste as low-level will allow extremely harmful radioactive material to be permanently left in shallow burial sites near the Columbia River. Communities along the river, from Richland to Astoria, depend on the Columbia and its salmon.

Tell the US Department of Energy to withdraw this dangerous and irresponsible proposal by January 9, 2019. Email comments to Ms. Theresa Kliczewski at [email protected] and make your comments via PDF, Microsoft Word Document, or in the body of your email.

I urge the US Department of Energy (Energy) to withdraw its proposal to re-interpret the term high-level radioactive waste (HLW). Energy has failed to provide analysis about how the new interpretation of HLW would impact nuclear weapons waste sites throughout the U.S., particularly the Hanford Nuclear Site in Washington.

As you are aware, Hanford contains millions of curies of radioactive waste that resulted from the production of plutonium for nuclear weapons. Contamination from this material threatens the Columbia River and the health of those who depend upon its resources, with plumes of radioactive waste already reaching the River in some areas. A portion of the nuclear waste at Hanford has been managed as HLW for decades. Energy’s proposal has the potential to upend long-standing agreements that commit the federal government to addressing HLW in Hanford’s tanks and other structures.

I urge you to withdraw the proposal and to further study the impact of re-interpreting HLW on Hanford and other waste sites. Further, I object to Energy’s unsubstantiated assertion that “removal of key radionuclides” prolongs temporary waste storage and increases risks. Rather, it is our experience along the Columbia that the removal of key radionuclides has the potential to lessen the migration of dangerous contaminants through soils and groundwater. Energy’s reasoning appears to be a self-serving attempt to cut costs, shifting the burden of the federal government’s nuclear weapons legacy to future generations and downstream communities.

If Energy does not withdraw the proposal, I ask that Energy extend the public comment for an additional 120 days and provide more information about how the new interpretation of HLW would impact cleanup at Hanford and other sites.

[Your full name and City, State]