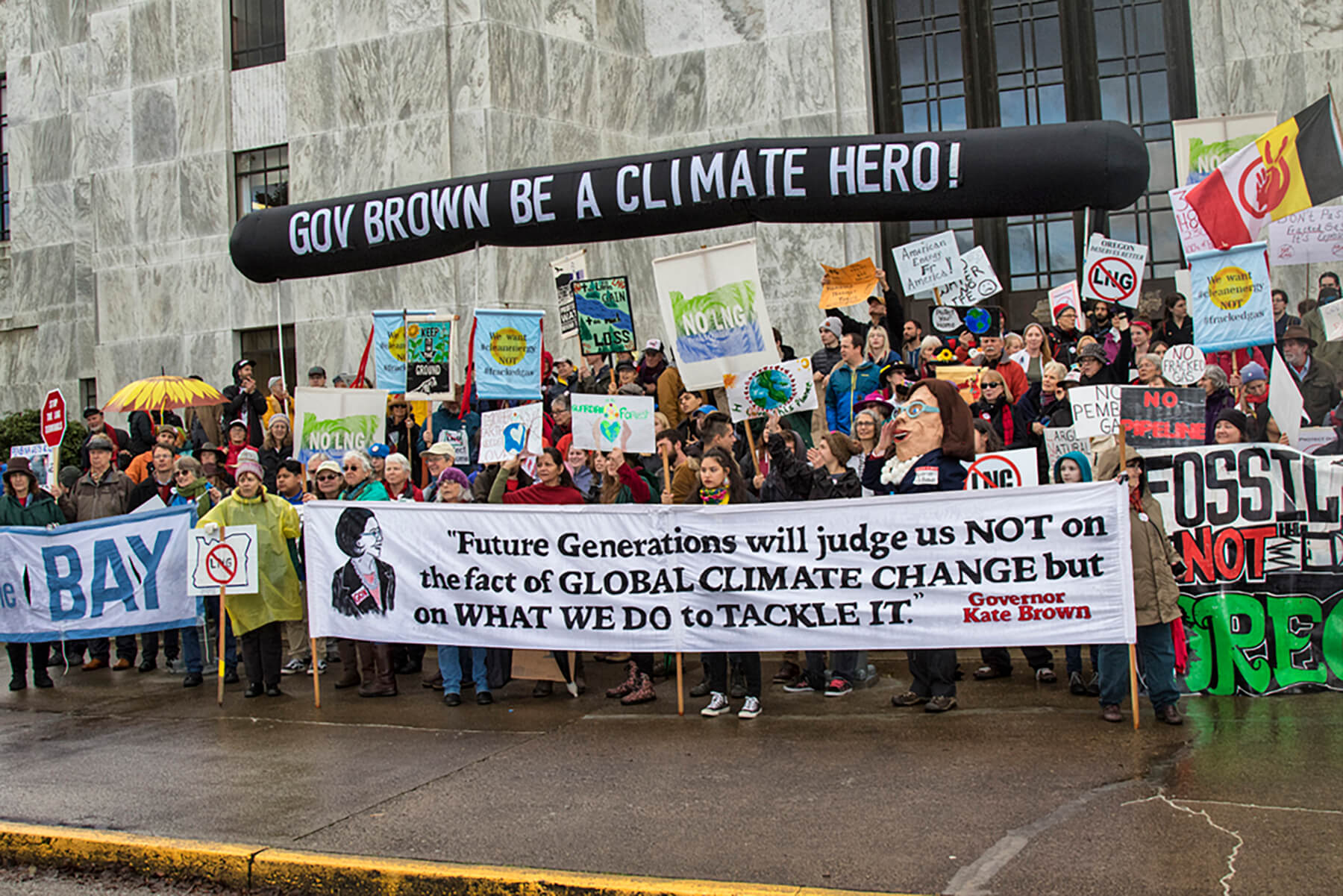 Will you join us at the No LNG Lobby Day in Salem to ask state lawmakers to publicly oppose Jordan Cove?

The State of Oregon has authority to stop the Jordan Cove LNG export terminal and Pacific Connector fracked gas pipeline, but Governor Kate Brown and many of our state legislators still have not come out against it. On Thursday, March 28th, communities across Oregon will go to the Oregon State Capitol to meet with our legislators and ask them to publicly oppose the fracked gas pipeline and export terminal proposed in Southern Oregon.