Take Action: Burning Trash and Plastic is Not Renewable Energy 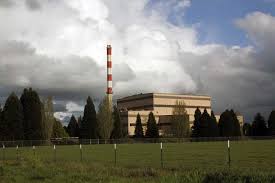 We need your help to stop a literal garbage fire in the Oregon legislature.

If the Covanta incinerator in Brooks, Oregon (pictured here) gets it way, burning trash and plastic would be classified as renewable energy. Oregon Senate Bill 451, introduced by Senator Beyer at the request of Covanta, would award renewable energy credits for the creation of electricity from municipal solid waste incineration.

Covanta Marion’s incineration of municipal solid waste generated 160,843 metric tons of carbon dioxide equivalents in 2017 – the twentieth-highest emission rate for facilities in Oregon with air quality permits. In addition to carbon pollution, the incinerator emits toxic heavy metals, bio-accumulative organic toxins, and dioxin, all of which may harm the health of its neighbors, many of whom live in predominantly low-income communities and communities of color in Woodburn and NE Salem.

Take Action: Call the bill sponsor, Senator Beyer (503-986-1706), and the Environment and Natural Resources Committee Chair, Senator Dembrow (503-986-1723), today and tell them that burning trash and plastic is not renewable energy. Tell them that you oppose Senate Bill 451 AND the provision in HB 2020, the Clean Energy Jobs bill, that would allow Covanta to qualify for renewable energy credits.

Learn more about the problems with municipal and medical waste incineration.