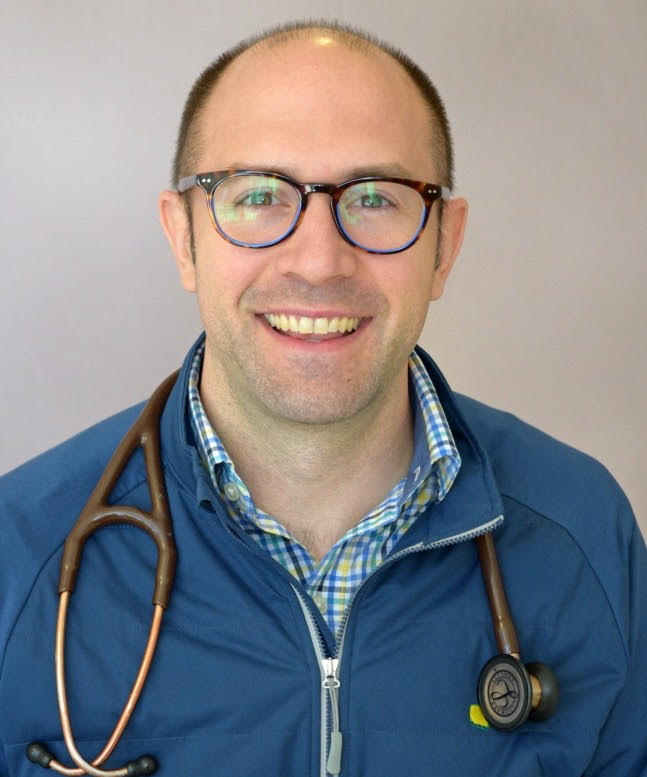 Dr. Richard Bruno is a double-boarded Family & Preventive medicine physician, serving as the Senior Medical Director for Primary Care at a federally-qualified health center that focuses on healthcare for the homeless in Portland, Oregon. He has led workshops, conferences, rallies, and actions for health justice and climate justice. His main clinical focuses are on HIV, gender affirming care, obesity, and opioids, with involvement in community public health interventions and policies, including cooking classes for kids and legislation expanding access to medication for opioid use disorder.

He has served on the boards of the American Academy of Family Physicians, Physicians for a National Health Program, National Physicians Alliance (now Doctors for America), Committee to Protect Medicare, Physicians for Social Responsibility (Chesapeake chapter), MedChi (the Maryland state medical society), Sugar Free Kids Maryland, Richmond Neighborhood Association, and People's Food Co-Op. He attained a bachelor's degree from Princeton University, doctorate of medicine from Oregon Health and Science University, and a master of public health from the Johns Hopkins Bloomberg School of Public Health. He graduated from the combined Family & Preventive Medicine residency program at MedStar Franklin Square and Johns Hopkins. His wife and two children enjoy hiking, biking, cooking, and playing music together.

As a new member of Oregon PSR’s Board of Directors, Richard Bruno (who goes by Bruno) brings a long-time commitment to justice work, spanning a lifetime of unique projects related to increasing equity in the health field. Predating his medical career, Bruno first recognized a need for a better healthcare system through his employment at a camp for children with disabilities. He witnessed inequities in health insurance coverage and overall costs of care that held the power to devastate families and their plans for the future. This observation spurred an ongoing passion for removing the barriers to healthcare that continue to harm low-income communities in numerous ways. During medical school, Bruno conducted a video project called VACUUM (Voices and Concerns of the Uninsured and Underinsured Millions) to uplift and document the struggles of uninsured Americans: “One of the folks we talked with suffered from debilitating headaches, and when he lost his job due to his health condition, he also lost his healthcare and insurance. He became completely cut off from what he had worked for his whole life, through no fault of his own. In my mind, I had to fight for a more just healthcare system, and that meant universal healthcare, which became my rallying cry throughout medical school.”

His converging emphasis on advocacy and equity within the healthcare field continued throughout his residency in Baltimore. During this time, he became increasingly aware of environmental factors on health outcomes. Bruno joined an advocacy campaign to help ban microbead plastics in Maryland due to their harmful effect on the animals and ecosystems of the Chesapeake Bay; the bill, HB 216, was signed into law in 2015. While working in Maryland, he also recognized the impact of lead and incinerators on the communities of color who lived in close proximity to these harmful pollutants. He regularly treated children whose asthma was exacerbated by increased pollution, which ultimately became his reason for joining Chesapeake PSR.

Since moving to Portland in October 2021, he has continued to educate people living near incinerators on the associated health risks: “Burning of trash releases known toxins into the air. For folks who have a predisposition to lung disease, like asthma or COPD, the breathing in of particulate matter can be very damaging and cause a lot of trouble for folks. It’s also damaging for other vulnerable populations, including babies and older adults .… It behooves people in public health and in the legislature to put the needs of their constituents first and limit community exposure to these harmful toxins.”

In his current role, he repeatedly witnesses the burden of pollution on people living outside. Unhoused individuals are more vulnerable to pollutants and are regularly exposed to harmful chemicals in the air. For example, people who live alongside or beneath highways are at an increased risk of inhaling diesel fumes. Bruno’s ongoing work with vulnerable populations continues to highlight the previously under-explored intersections of equitable climate solutions and equitable public health policies.

Through his work with Oregon PSR, Bruno hopes to see more health professionals receive training on how to speak out about the issues they are witnessing at work. There is a strong need for physicians who seek to synthesize the health and climate risks we increasingly face, while also being able to effectively communicate such risks to patients and to elected officials.