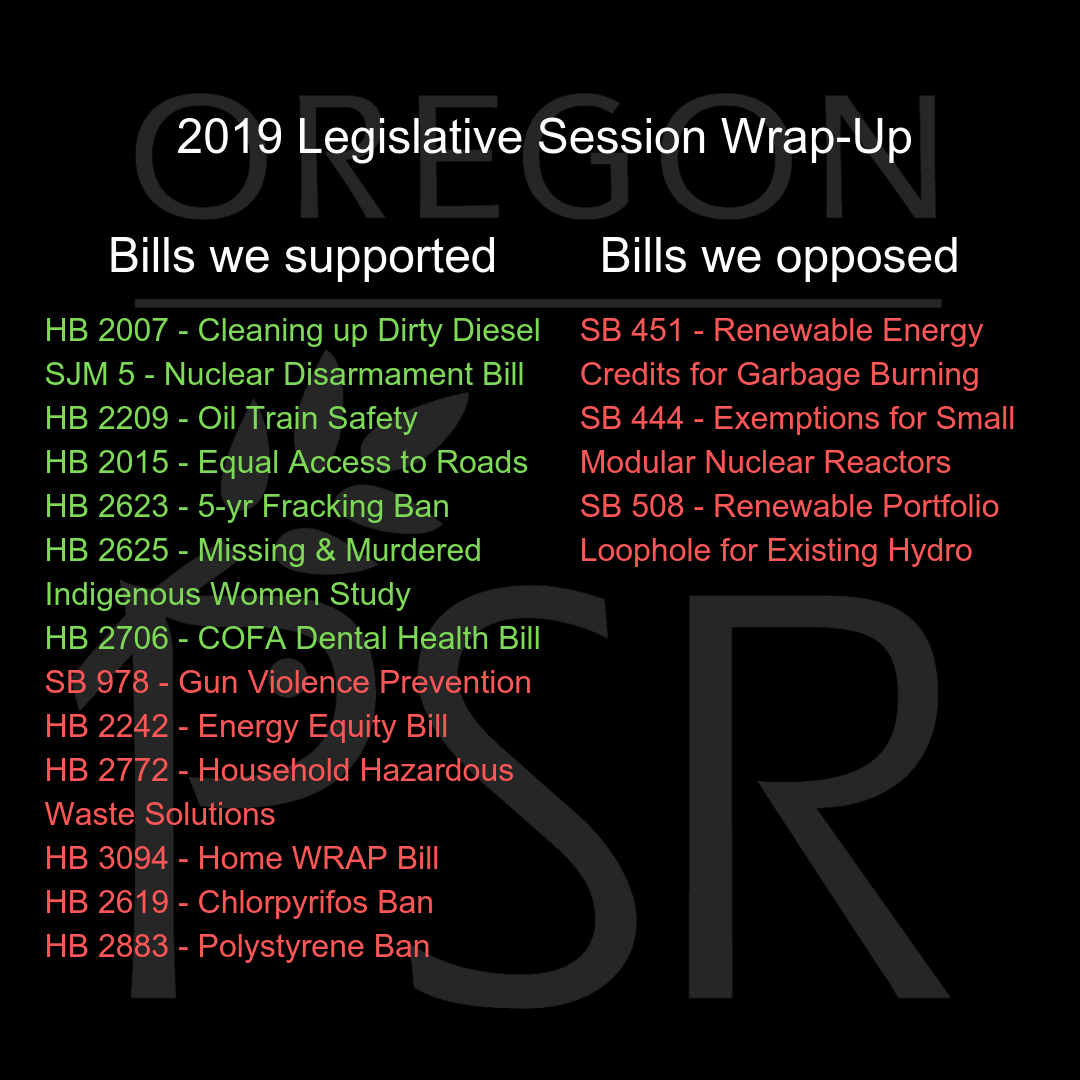 Oregon PSR is committed to advancing health protective bills and stopping harmful legislation during the 2019 Oregon State Legislative Session, which began on January 22nd and will end by June 29. Take a look at our ever-evolving agenda for the Oregon Legislature and contact our lobbyist if you would like to learn more and/or help us pass these important pieces of legislation.

Energy Equity at the Oregon PUC