Building Momentum for Safer Communities and a Healthier Climate 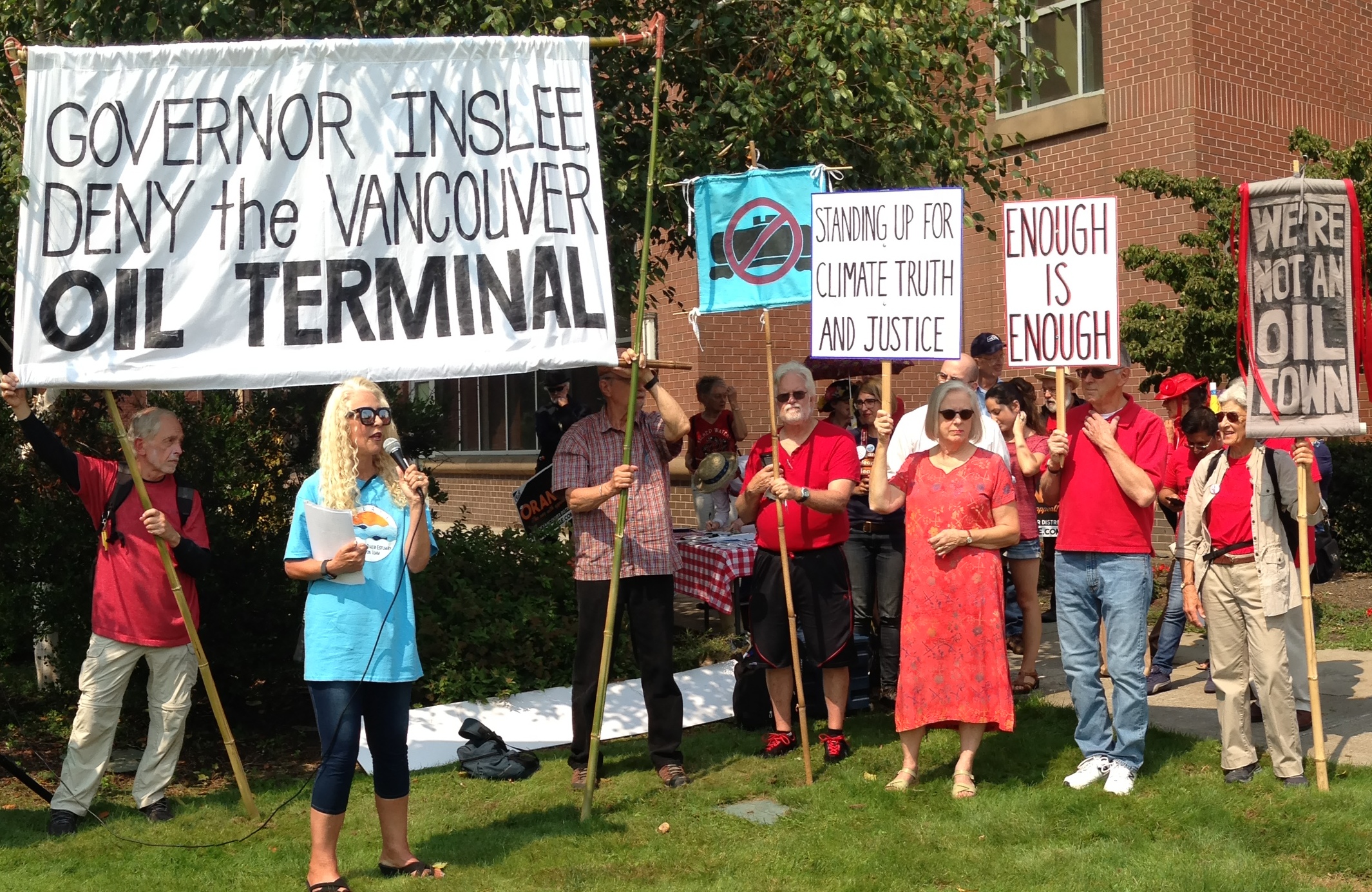 As I began writing this article in September in Shady Cove, I smelled smoke. The Chetco Bar fire was burning in the Illinois River Valley, Chetco River corridor, and Kalmiopsis Wilderness. The Milli fire was burning in and near the Three Sisters Wilderness. At home, the Eagle Creek fire in the Columbia Gorge was growing. Friends recently evacuated from the west side of the Gorge were returning home, while those to the east prepared to leave.

At the same time, communities in Texas and Florida were suffering from hurricanes and flooding. Over a thousand people had died in floods in south Asia. Today, Puerto Rico reels from the impacts of Hurricane Maria. Extreme weather and massive storms fueled by warming oceans are clear signs that global climate chaos is upon us. Have we hit our tipping point?

It can be difficult to maintain hope in these dark times. But a recent victory – the denial of a key permit for the largest coal export facility in the nation – renewed my hope. The Millennium Bulk Terminals project, which from the mines to the power plants would have pumped 55 million tons of greenhouse gas pollutants into our atmosphere each year, will not be built! Washington State found that this project would bring terrible and unavoidable impacts that could not be mitigated, including an increase in cancer rates.

Powerful coalitions of organizations, individuals, and frontline communities join with Tribes stretching from the mines to the ports to protect our health, our environment, and tribal treaty rights. Our team of health professionals contributes mightily to regional efforts to keep coal and other fossil fuels in the ground, protect those most vulnerable, and push for a rapid transition to a healthy energy economy.

In the spirit of hope, I want to share with you some of the many accomplishments of Oregon PSR’s Healthy Climate Action Team and our community partners over the past year:

Power Past Coal in the Pacific NW

Stand Up to Oil in the Pacific NW

100% Renewable by 2050 in Portland and Multnomah County

Covanta waste-to-energy in Brooks, OR

PGE Carty in Boardman, OR

Huge thanks to each of our volunteers and funders that make our work possible! Oregon PSR provides a home for you to express your concerns, exercise your skills, and engage deeply in efforts to protect Pacific Northwest communities and our climate. Contact me for more information or to get more involved.