Building Peace & Justice in Oregon & Beyond 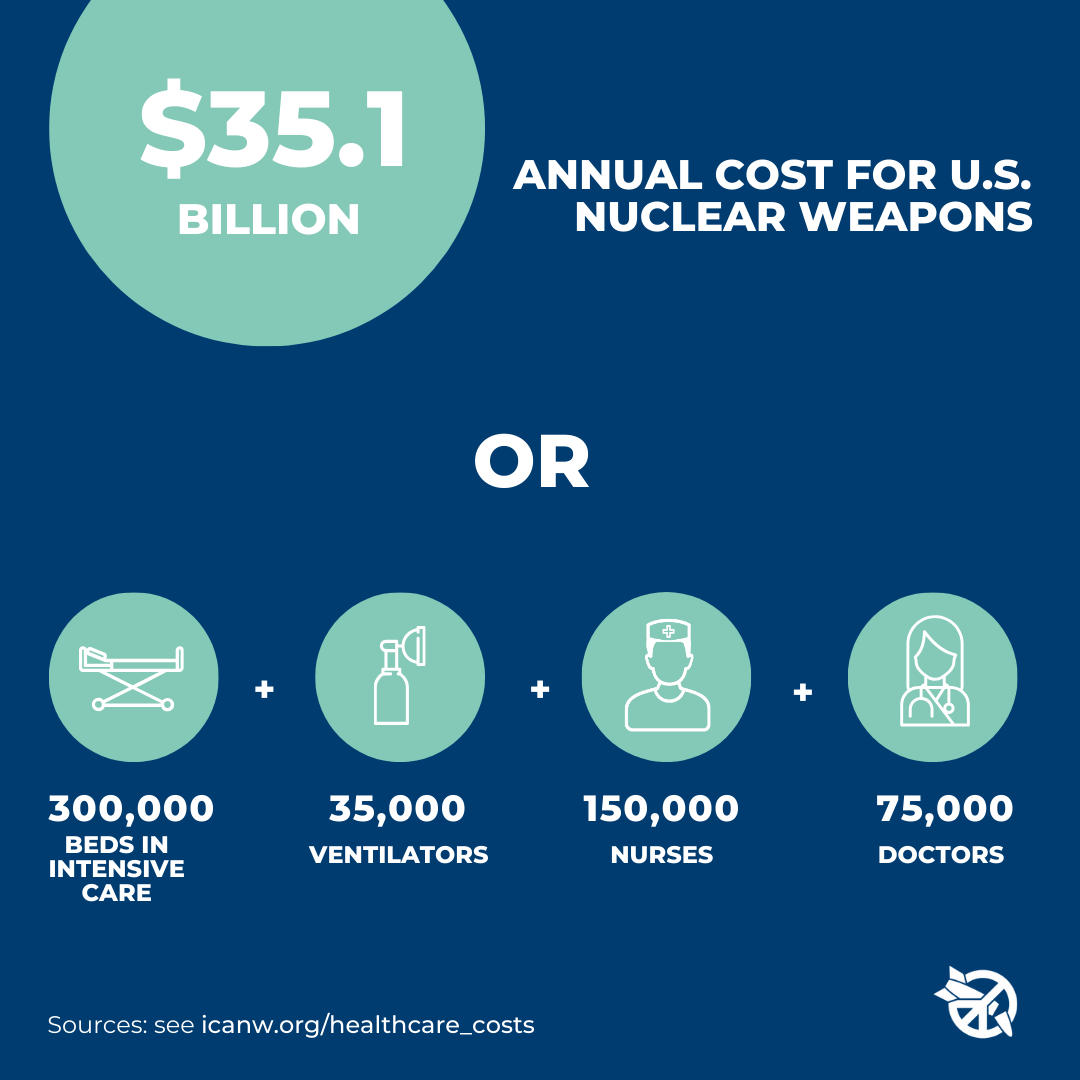 The work of Oregon PSR’s Peace Program to ensure healthy communities free from the injustice of war, militarism, racism, and nuclear weapons has rarely felt more urgent. In this time of global pandemic, as our interconnectedness across the planet becomes apparent, the folly of spending exorbitant amounts of money on nuclear weapons rather than meeting basic human needs is starkly visible. Our partners at International Campaign to Abolish Nuclear Weapons (ICAN) have created the useful infographic above illustrating the disproportionate spending on nuclear weapons in contrast to the urgent health needs to address the pandemic.

We will continue to organize and build upon our recent successes for peace and nuclear justice and help to shift the post-pandemic priorities so that public health is put first.

We’re planning events to mark the 75th anniversary of the atomic bombings of Hiroshima and Nagasaki this year, utilizing the opportunity to educate our community regarding nuclear injustice and involve new activists in our work for a nuclear-free world. Through our annual Greenfield Peace Writing Scholarship, we are working to make more visible the connections between immigration, climate change, militarism, and war, and we continue our efforts to stand up for justice for Oregon’s immigrants and other vulnerable communities in a time of heightened xenophobia and systemic injustice. 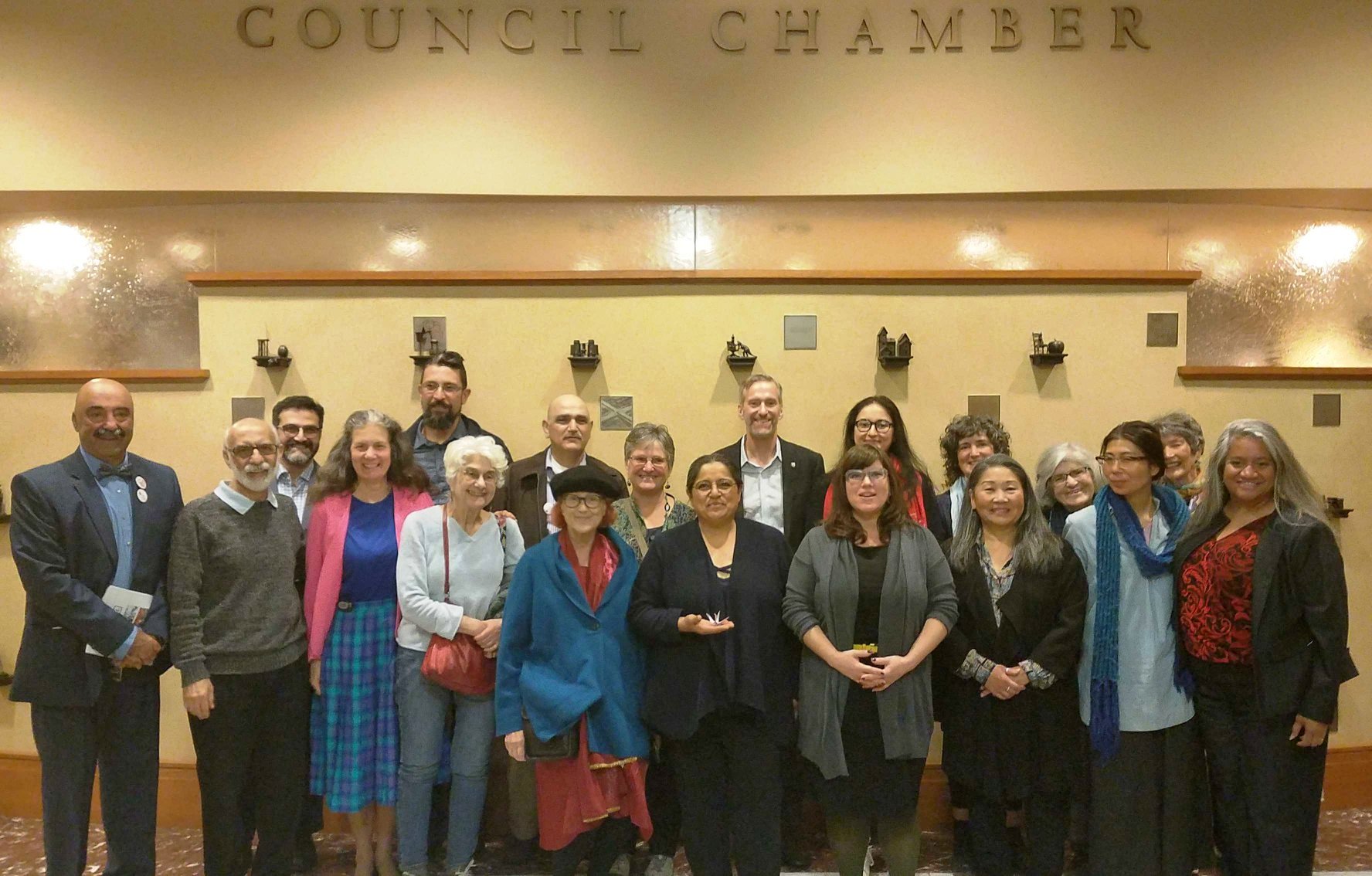 Building on the successful passage of Senate Joint Memorial 5 in Oregon last summer, which calls out the dangers to human health, the racial injustice inherent at every stage of a nuclear weapon’s toxic life cycle, and the wildly disproportionate spending on nuclear weapons, we organized to pass two successful resolutions in support of peace and diplomacy through the Portland City Council in November.

Introduced by Commissioner Amanda Fritz, the first resolution puts Portland on record in support of the UN Treaty on the Prohibition of Nuclear Weapons. The second resolution calls for increased diplomacy, not war and crippling sanctions, with Iran. The resolutions were led by Oregon PSR and the American Iranian Friendship Council and supported by a broad coalition of community organizations, including members of frontline communities most directly impacted by war and instability in Iran and nuclear weapons’ production, testing, use, and spending over the last 75 years.

“Today, we are sending the message to our representatives in Washington, and the national and international community, that the City of Portland is committed to the protection and health of human life and the environment,” explained Commissioner Amanda Fritz, the sponsor of both resolutions. “These resolutions serve as a platform for our community members to see themselves reflected in our values and priorities as a City.”

By adopting the resolution supporting the UN Treaty on the Prohibition of Nuclear Weapons, which is based on Senate Joint Memorial 5, Portland has joined about a dozen US cities and more than a hundred cities around the world to take a stand for nuclear disarmament. We’re in discussion with interested community partners in other cities in Oregon about passing similar resolutions when the political moment is right. We’ve also been following up with legislators who supported SJM 5 to ask them to sign the ICAN “parliamentary pledge,” joining their colleagues around the world in supporting the nuclear ban treaty.

In order to build on the momentum from the International Day of Action Against War with Iran, Kelly Campbell, Oregon PSR’s Executive Director, and Dr. Goudarz Eghtedari of the American Iranian Friendship Council were invited to present on a national CODEPINK webinar in February about how to successfully pass city council resolutions and organize congressional town halls in local communities. Having successfully shepherded both the SJM 5 resolution and the two Portland City Council resolutions through the legislative process here in Oregon, we seek to model the sort of effective local activism that is increasingly needed to protect our people and our planet.

On August 6th and August 9th, we will remember the victims of the atomic bombings of Hiroshima and Nagasaki, which occurred 75 years ago yet continue to this day to negatively impact the health, safety, security, and survival of billions worldwide. After nearly seven and a half decades of nuclear saber-rattling, uranium mining on stolen indigenous lands, weapons testing throughout the Pacific Islands, the American West, and elsewhere, proxy wars around the globe engineered by the nuclear-armed states, and untold hundreds of billions of taxpayer dollars spent to support the nuclear weapons industry, the world is now far less safe, and far more susceptible to nuclear annihilation, than ever.

Please save the date and plan to join us on Thursday, August 6th beginning at 6:00 PM at the Japanese American Historical Plaza in Portland as we remember and honor the victims of the bombings of Hiroshima and Nagasaki, discuss the continuing impacts of nuclear weapons, highlight the perspectives of effected frontline communities, and work to educate and involve our audience in the growing nuclear weapons abolition movement. Stay tuned for more details coming soon, including regarding potential tie-in events, and please mark your calendars now and plan to join us on August 6th. (Please note: If social distancing guidelines relative to the coronavirus pandemic remain in place, this may shift to an online-only event). 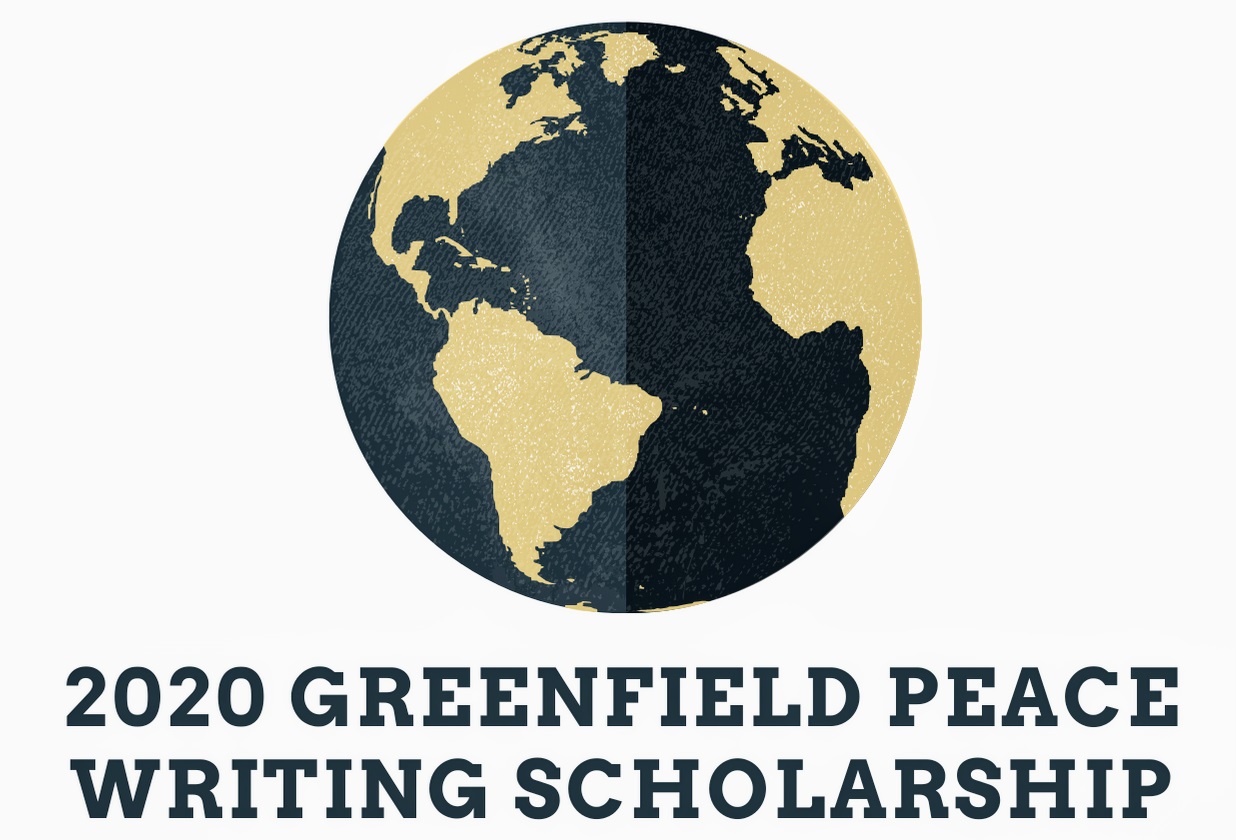 As health professionals and public health advocates, we recognize the significant health impacts on children, families, and all individuals facing the immigration system and the threat of deportation, which is only exacerbated by this pandemic. Our values compel us to research, practice, and advocate for human rights, which includes the right to health for all immigrants. As the Trump Administration ramps up attacks on our immigrant communities, and as xenophobic (and, increasingly, anti-Asian) rhetoric darkens our public discourse, we are working in partnership with frontline communities throughout our state to counter anti-immigration sentiments to protect the health of all Oregonians, regardless of their country of origin or immigration status. Act now to tell ICE officials to protect public health and Oregon families.

This year, our annual Greenfield Peace Writing Scholarship posited the following question to Oregon’s high school juniors and seniors: “How would an effective movement for climate justice benefit immigrant communities?" We received 80 responses to this question from students throughout Oregon, and we hope that this question illuminated for many of them the connections between immigration, displacement, immigrant justice, and climate change. We look forward to working with sharing the ideas of these young people with you as we learn and grow together.

While the ongoing coronavirus pandemic prevents us from safely gathering with the winning entrants and our supporters in person at this time, we hope that you will join us, the high school student winners of our 2020 Greenfield Peace Writing Scholarship, and our Keynote Speaker, environmental activist and asylee Wendi Garcia, for an online event on Saturday, April 25th beginning at 5:30 PM reflecting on the intersections of climate justice and immigrant justice. Our sincere appreciation to all of the student entrants, our keynote speaker, our scholarship judges, and all who have supported our efforts for immigrant justice, a healthy climate, and a safer and more peaceful world. This event featuring student voices is always our most uplifting event of the year so we encourage you to  join us from the comfort of your home to celebrate these young leaders.

The work of our Peace Program relies on the engagement of our membership and the strategic efforts of our Peace Work Group, which helps us set priorities, develop strategies, tactics, and messaging, and engage in the on-the-ground work of peace building at the local, state, national, and international levels. Please contact me at sean@oregonpsr.org to learn more about these efforts. We look forward to working with you, and hope that you will continue to support our work!