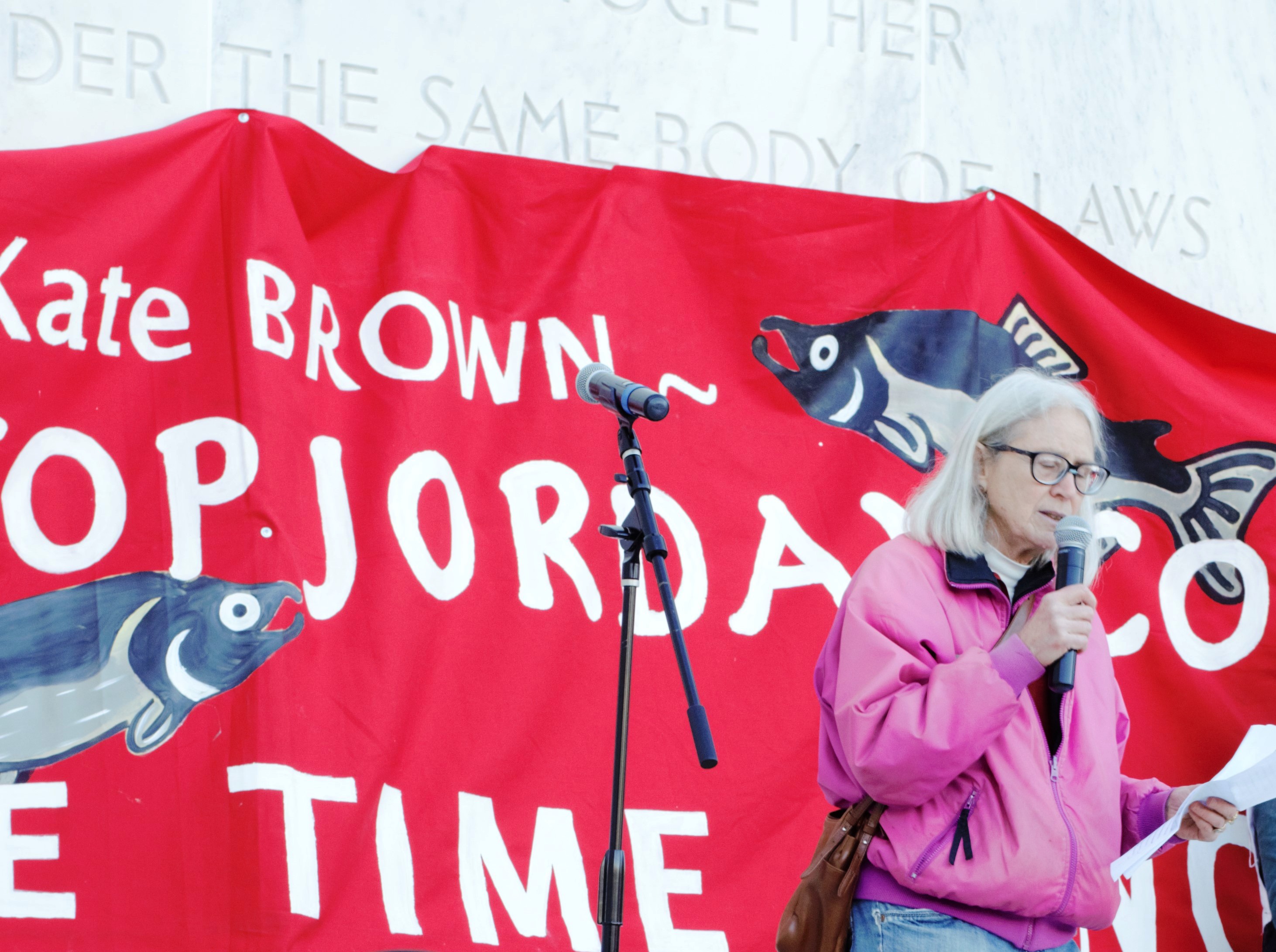 Oregon PSR's Healthy Climate Action Team member Patricia Kullberg, MD, MPH was a featured speaker at the rally to #StopJordanCove LNG in Salem on Thursday, November 21st. She spoke of a vision of healthy communities connected to the land and water, free from the threat of fossil fuel terminals and pipelines.

On Thursday, November 21st, nearly 750 people from across Oregon and northern California, including Indigenous community members, impacted landowners, young people, and many others came together to demand that Governor Brown stop the proposed Jordan Cove LNG project and Pacific Connector fracked gas pipeline. The proposed Jordan Cove Liquefied Natural Gas (LNG) export terminal in Coos Bay, as well as the proposed 229-mile Pacific Connector fracked methane gas pipeline, is an extremely hazardous fossil fuel project that would threaten our clean air, clean water, a stable climate, and the health of our communities. If approved, this project would constitute the largest single greenhouse gas pollution source in Oregon. 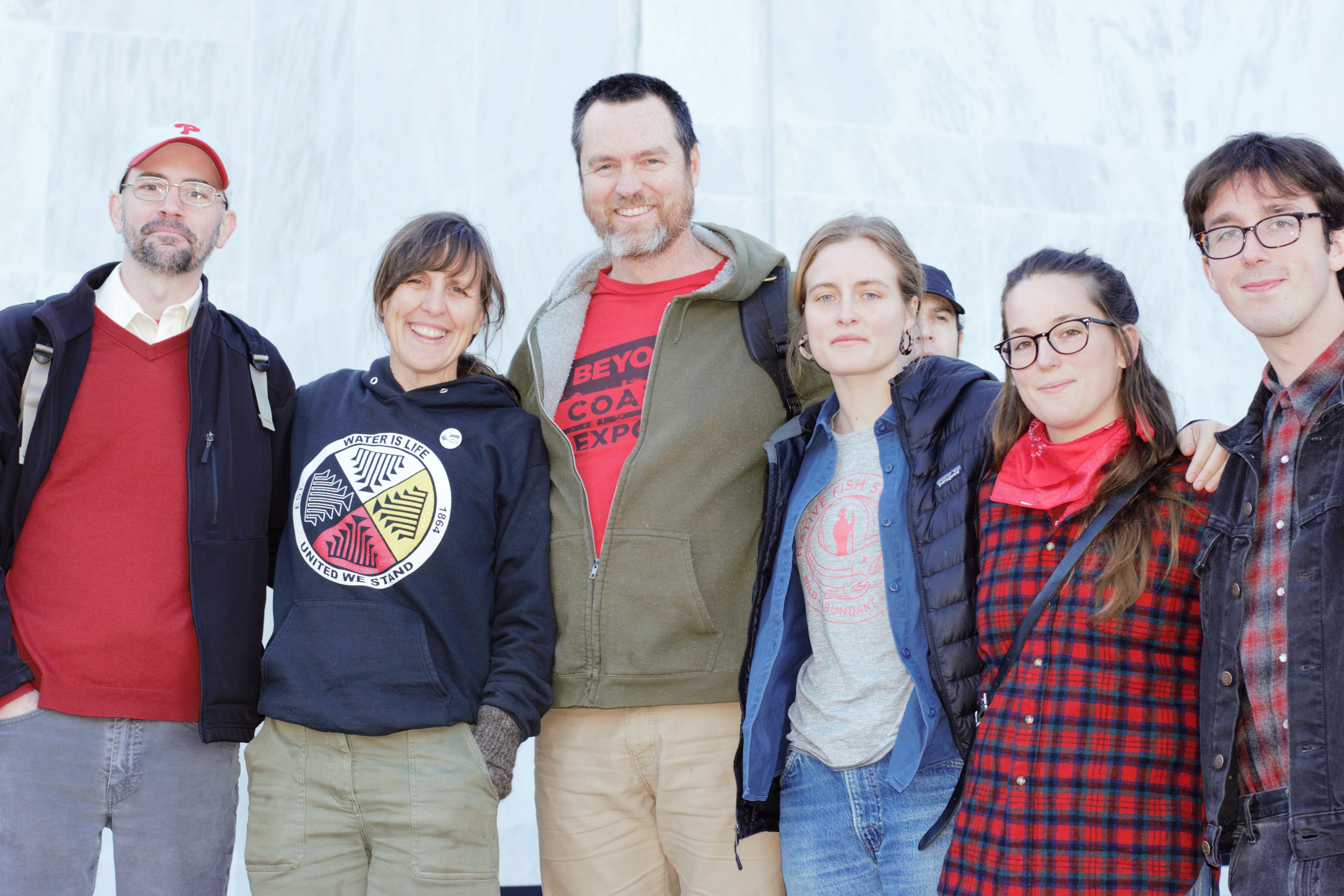 Oregon PSR members with some of our partners at the rally.

We are disappointed that Governor Brown did not come out in opposition to Jordan Cove LNG. The time is NOW to defend our state's drinking water, climate, and public health and safety. Please keep the pressure on Governor Brown by signing the petition encouraging Governor Brown to oppose the Jordan Cove LNG project, or call her office at 503-378-4582 to make your voice heard. Thank you!

Watch video to hear the speakers at the rally on November 21st (navigate to the 1:01:58 mark to watch Oregon PSR's Dr. Patricia Kullberg speak)

Read Oregon and Washington PSR's report on fracked gas, including the threat of Jordan Cove LNG.

View more photos and video from the rally on our Facebook page.