Southern Oregonians have already twice defeated the Jordan Cove LNG export terminal and Pacific Connector fracked gas Pipeline (proposed by Veresen, Inc.). Thanks to the efforts of community advocates, the Federal Energy Regulatory Commission (FERC) concluded in both instances that a fracked gas pipeline and export facility was not in the public interest. Now, under the Trump Administration, Jordan Cove LNG is trying again.

Oregon PSR is among the climate and conservation groups, native tribes, landowners, businesses, and concerned residents who have banded together again to fight what would be a 229-mile-long fracked gas pipeline through private property and indigenous territories and 480 waterway crossings. The project would have roughly 15 times the carbon dioxide footprint of the Boardman coal plant on the Columbia River, which is set to close in 2020. The project would quickly become Oregon's number one single source of climate warming greenhouse gas emissions.

Now under the ownership of Pembina, Jordan Cove LNG has spent years trying unsuccessfully to obtain multiple necessary state permits from the Oregon Department of Environmental Quality, Oregon Department of State Lands, and Oregon Department of Land Conservation and Development. The Federal Energy Regulatory Commission issued a conditional approval of Jordan Cove LNG in March 2020 as the COVID-19 pandemic was unfolding in the United States. The state of Oregon, impacted landowners, native tribes, and community groups including Oregon PSR who are concerned with conservation and public health have filed lawsuits against the federal government for their flawed analysis and approval of the Jordan Cove LNG export terminal and Pacific Connector fracked gas pipeline 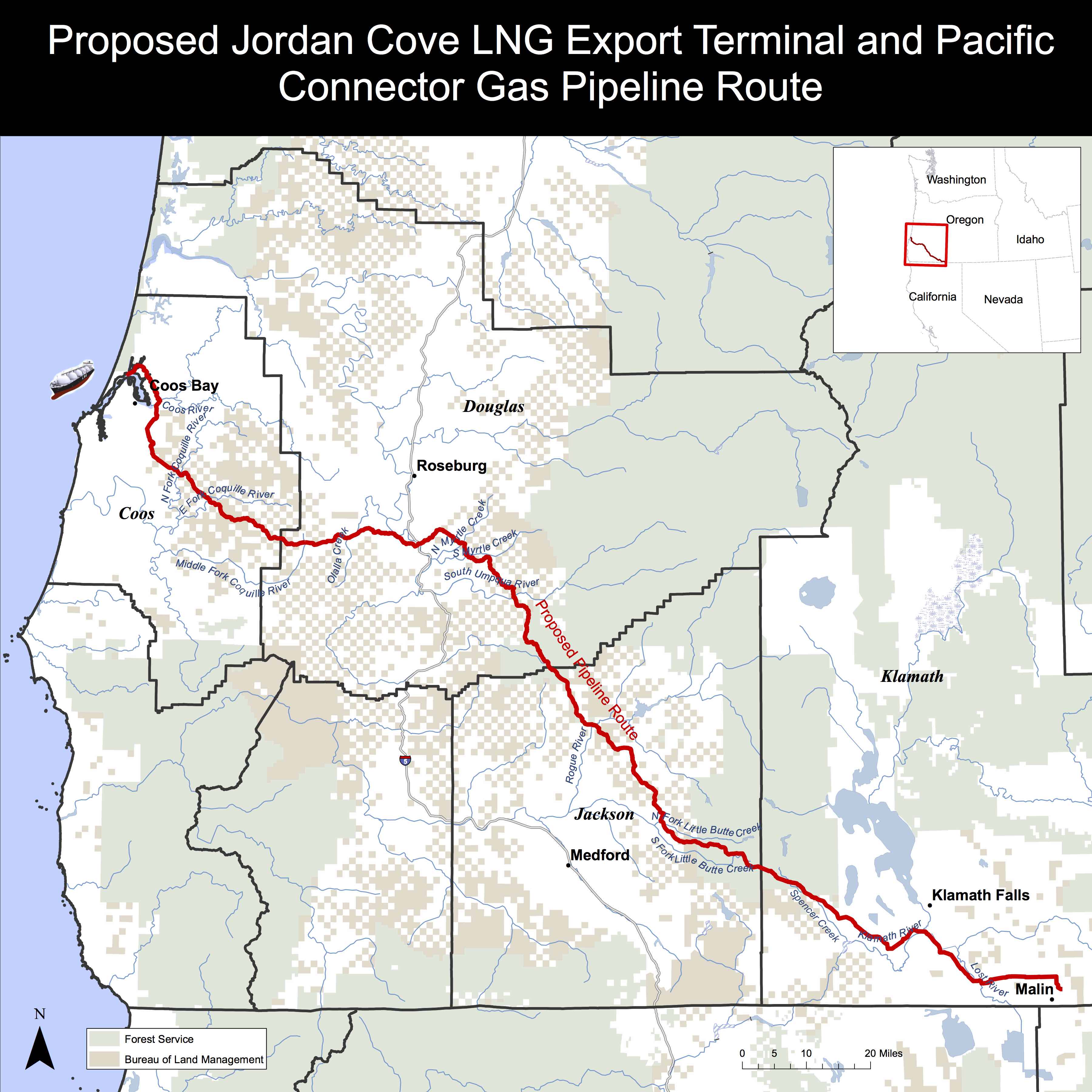 Oregon PSR Comments to the Oregon Department of Environmental Quality and U.S. Army Corps of Engineers regarding the Clean Water Act sections 401 and 404 review process (8/19/18)

In April 2019, Trump signed an executive order seeking authorization for transporting LNG by rail. On June 6, the US Pipeline and Hazardous Materials Safety Administration (PHMSA) announced that the company Energy Transport Solutions LLC had applied for a special permit to transport liquefied natural gas (LNG) in unit trains 100 cars long and for the express purpose of moving LNG to export facilities. Oregon PSR joined a coalition of Pacific Northwest groups in providing technical comments to PHMSA during their public comment period on LNG-by-rail detailing why transporting this highly volatile fossil fuel on trains is extremely dangerous to the health and safety of communities throughout the Pacific Northwest and beyond.