As the nation again mourned the loss of children to a horrific school shooting, this time in Parkland, Florida, lawmakers in Salem listened to our comments framing gun violence as a public health crisis and passed House Bill 4145. This bill ensures that those convicted of stalking or non-marital domestic abuse cannot own or purchase a gun. Previously, federal and Oregon law prohibited gun possession by people convicted of or under a restraining order for abusing their spouses, but did not include abuse between dating partners not living together or those convicted of stalking. With gun violence having reached epidemic proportions in our country, it is heartening to see state action on common sense gun reform, which a majority of Oregonians support across party lines. In addition, our testimony on gun violence legislation in 2017 was quoted in a USA Today story, reminding us of the importance of raising public health voices for gun control.

Clean Energy Jobs (HB 4001 and SB 1507) (did not pass, committee and some funding established)

"Clean Energy Jobs" is the popular term for Oregon's attempts to pass a cap-and-invest program, similar to what has been established in California, Ontario, and Quebec. The basic idea behind cap-and-invest (or cap-and-trade) is to impose a cap on carbon dioxide (and other greenhouse gas emissions) and require Oregon's largest polluters to purchase permits from the state government for every ton of CO2-equivalent emissions. The cap would diminish over time and proceeds from the program would support things like green infrastructure, shielding electricity ratepayers from the cost of carbon, and funding for renewable energy jobs (hence the name).

SB 1507 and HB 4001, as introduced this session, gave Oregon PSR and some partners cause for concern. We advocated for key improvements to the bills. One bill shielded electric utilities like Pacific Power from paying for any of their coal emissions until the year 2030. These bills proposed awarding 90% of a polluters' CO2 permits (or "allowances") for free if that polluter claimed it was vulnerable to "trade exposure." Industries that claim trade exposure threaten that they would move to Idaho, for example. 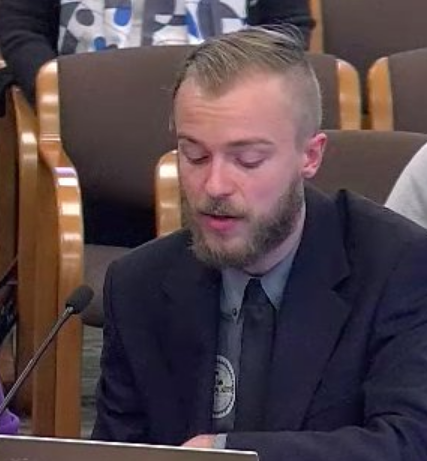 Carbon offsets, as allowed under the program, would be difficult to monitor and in some cases difficult to protect against fraud. Additionally, offsets would do nothing to eliminate or reduce the pollution emitted by industries in vulnerable neighborhoods.

SB 1507 and HB 4001 did not make it to the floor for a vote, but Senate President Peter Courtney and House Speaker Tina Kotek will co-chair a new Joint Committee on Carbon Reduction.  The legislature passed budget items for a Carbon Policy Office at the Department of Administrative Services, and for the Department of Environmental Quality. This lays the groundwork to implement a cap and trade program by 2021. Oregon PSR maintains that the bills, as currently drafted, must be improved to truly protect climate and public health.

Read our full comments on Clean Energy Jobs from the 2018 Session.

Our state legislature must take action to address the harm caused by deadly dirty diesel engines. We know that diesel pollution causes more fatalities than traffic crashes, puts Oregonians at heightened risk of cancer in at least 17 Oregon counties, damages the heart, lungs, and brain, and is at highest concentration in neighborhoods with more low-income residents and people of color residents. Oregon PSR supported House Bill 4003, a Diesel Clean-Up bill that would have protected public health by setting a deadline for cleaning up dirty diesel engines. We are hopeful that a similar bill will pass in the 2019 to enact past-due health protections.

Read our testimony in support of HB 4003 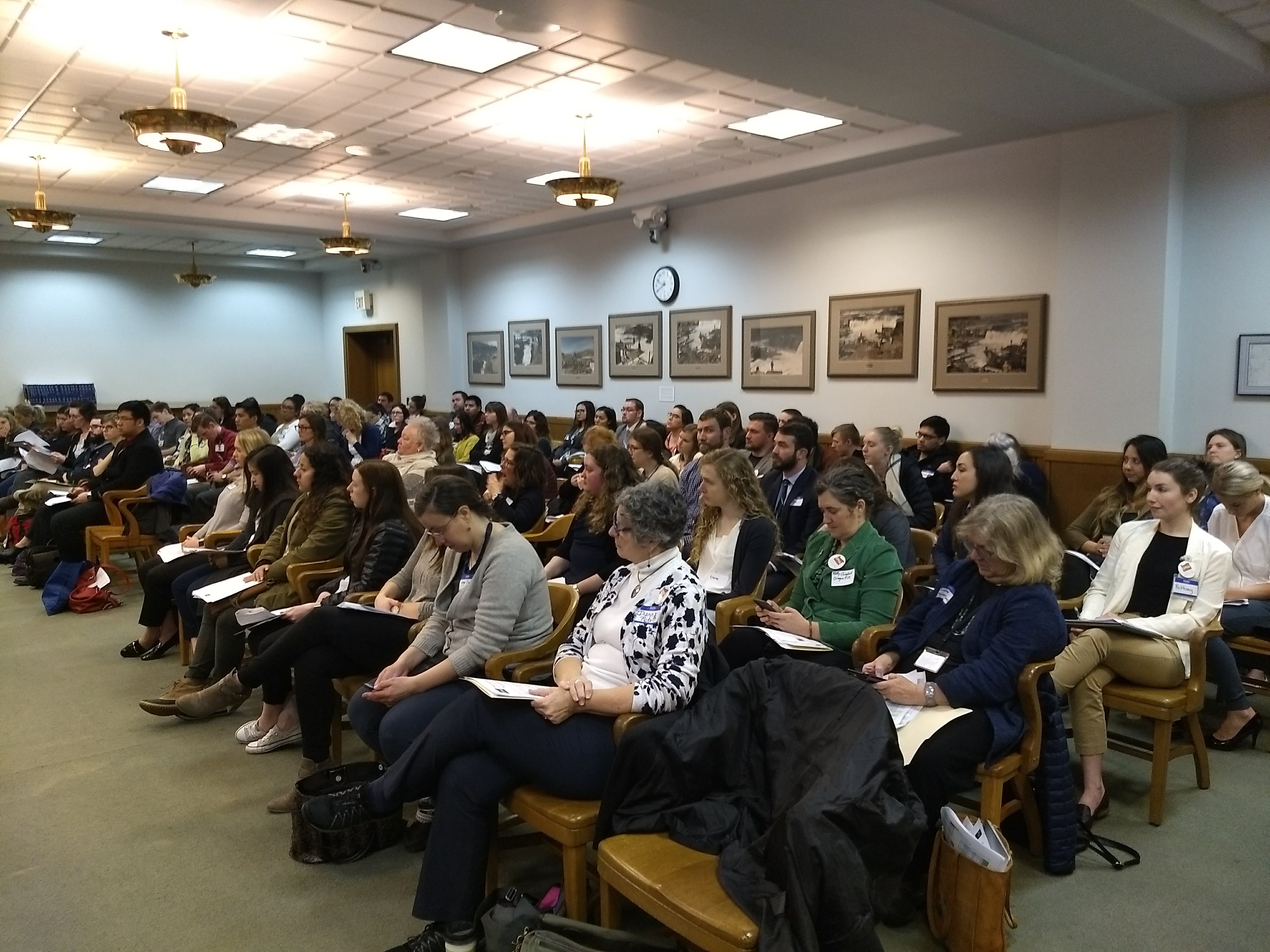 Oregon Public Health Association members prepare to voice their concerns about clean air and their opposition to Senate Bill 1541.

Two good bills (HB 4002 and SB 1508) would have funded the Cleaner Air Oregon program developed by a broad collaboration of public health experts, impacted communities, businesses, and other stakeholders. However, Senators Michael Dembrow, Girod and Roblan opted instead to push forward on SB 1541, crafted in secret by industries that stand to profit by locking in poor air toxics standards not rooted in public health for at least 10 years. Some environmental groups supported the bill after a few amendments were passed, but 10 public health and environmental justice groups, including Oregon PSR, remained opposed to the bill due to its fundamentally flawed approach and lack of inclusion of communities most impacted by air pollutants.

The bill passed both the Senate and House. Oregon PSR will continue to advocate for health-based air quality standards and environmental policy that includes the voices of those most impacted by climate and environmental injustice at every level of decision-making.

Read coverage in The Oregonian about the bad standards locked in by SB 1541.

Read coverage in The Oregonian about continued opposition after amendments.