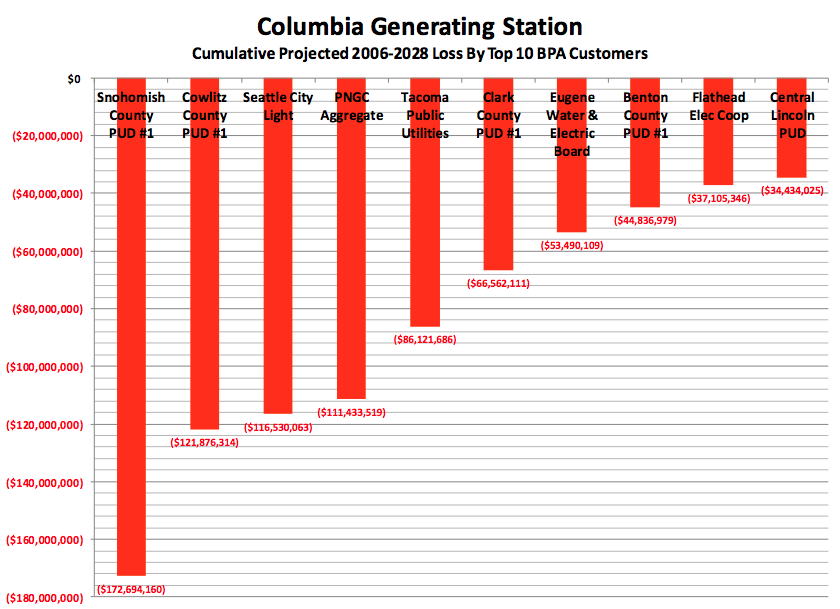 Closing Richland Nuclear Plant Would Be a Win for Ratepayers, Study Says (article by Ted Sickinger in The Oregonian, 2/18/2017)

Costly to the Core: How the Nuclear Power Plant No One Knows About is Wasting Your Money (article by Nigel Jaquiss in Willamette Week, 12/11/13 edition)

Ratepayers Could Save $1.7 Billion if Aging Nuclear Plant at Hanford is Closed (with links to the economic report by Robert McCullough)