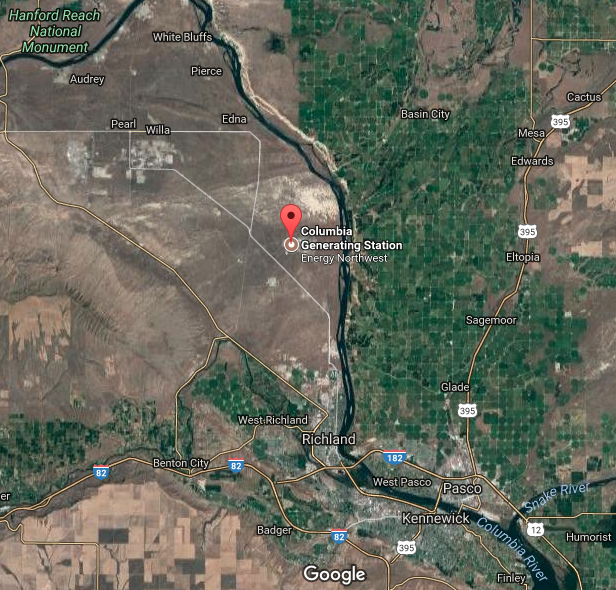 Located less than a 4 hour drive from both Portland and Seattle, the Columbia Generating Station (CGS) sits on the Hanford Nuclear Reserve, the western hemisphere's most contaminated site, upriver from cities and towns including the Tri-Cities, the Dalles, Vancouver, Portland, Longview, and Astoria. Sitting on the footprint of one of the most infamous nuclear weapons production sites in the United States, the CGS is prone to a Fukushima-like disaster should something destabilize its infrastructure. Seattle toxicologist Steven Gilbert says:

"Given the design similarities to the Japanese GE BWR reactors, we are concerned that if an earthquake cracked the elevated spent-fuel pool [at the CGS], cooling water would drain and we could have a Fukushima-like scenario on our hands."

The Hazards of High-Level Radioactive Waste in the Pacific Northwest: A Review of Spent Nuclear Fuel Management at the Columbia Generating Station (report by Robert Alvarez, November 2014)