Methanol is a chemically simple alcohol consisting of a single methyl group and hydroxyl group. It is often used as a 'feedstock' ingredient for manufacturing other chemicals. It is very often ultimately made into plastics.

In Kalama, WA, a proposed fracked gas-to-methanol refinery would consume 320 million cubic feet of fracked gas daily, more than any fracked gas-fired power plant in the state of Washington combined. The methanol would then be shipped overseas to Asia for use in manufacturing plastics and chemicals. The facility would be the largest of its kind in the world, emitting more than five times the diesel particulate matter currently allowed by Washington state air toxic regulations. 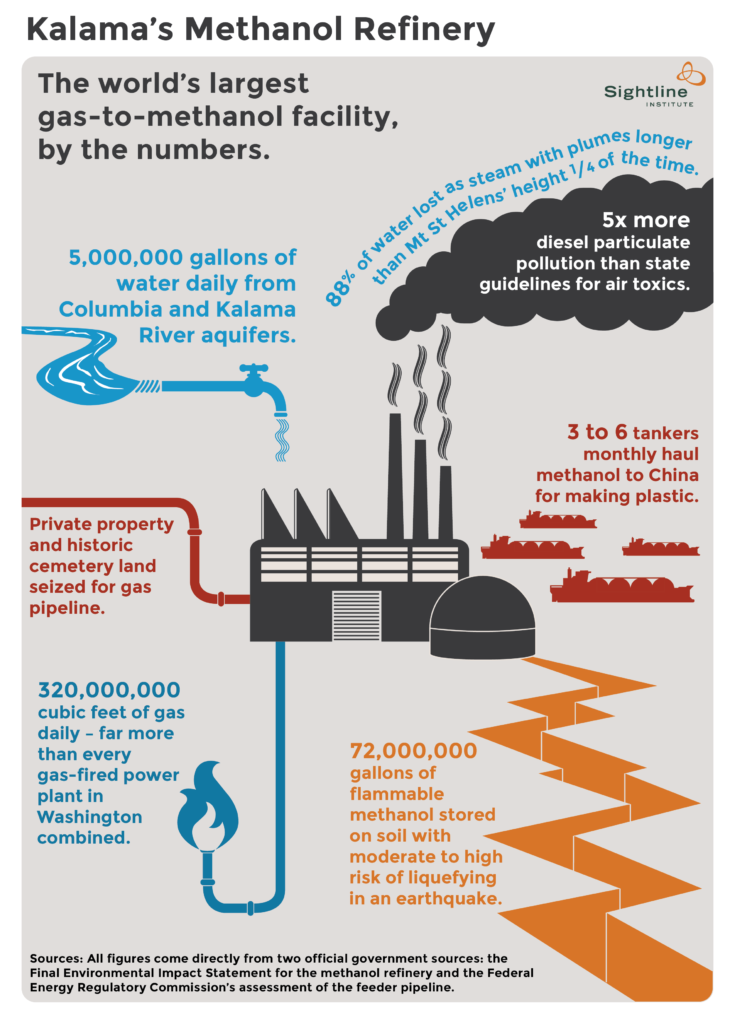 Thanks to challenges from our valued partners including Columbia Riverkeeper and the Sierra Club, Washington’s Shorelines Hearings Board ruled that the Port of Kalama and Cowlitz County violated the law by failing to disclose and evaluate greenhouse gas emissions from the proposed refinery. As a result, permits previously issued for the project are invalid.

At Oregon PSR, we are deeply concerned about the impact methanol refineries would have on the health of people and our climate. We intend to continue tracking potential methanol refineries in the Pacific Northwest and will provide information on opportunities for public input as they arise.