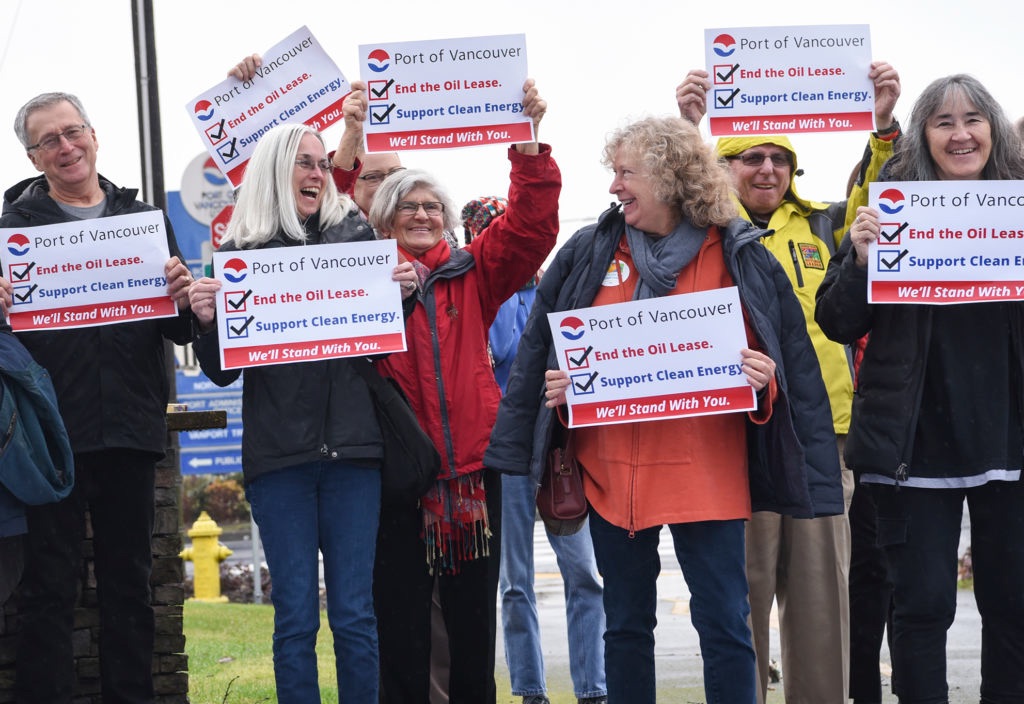 On February 27th, 2018, the Port of Vancouver, WA and Tesoro agreed to early termination of Tesoro’s lease of port space. This marked the end of efforts to build and operate what would have been the largest oil train terminal in the country. We’re immensely grateful to all who worked towards this goal, including our many members who spoke out against this project, members of Oregon PSR’s Healthy Climate Action Team, and our partners in the Stand Up to Oil (SUTO) coalition. Opposition to this project fueled a five-year campaign powered by a fierce determination to protect our families, our communities, and our climate.

The project, a joint venture by Tesoro Corporation and Savage Companies, was first proposed in 2013. It would have moved up to 15 million gallons of extremely volatile Bakken crude oil daily to Vancouver, directly threatening communities in Washington, Oregon, Idaho, and Montana. From there crude oil would be shipped to West Coast refineries and/or Asian markets, further contributing to the public health disaster of climate change.