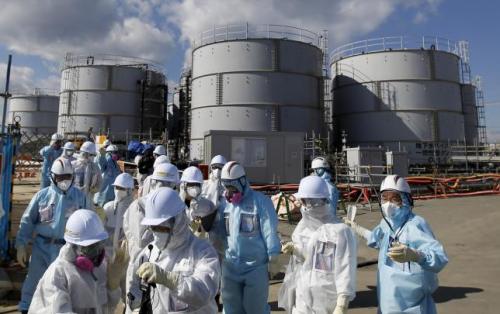 Cleanup workers at the site of the Fukushima Daiichi nuclear plant disaster.

Are We Safer Now? The Future of Nuclear Power in the Northwest 3.5 Years After Fukushima (PDF of a presentation by Edwin Lyman of Union of Concerned Scientists, October 2014)