A Note From Kelly Campbell, Our Executive Director 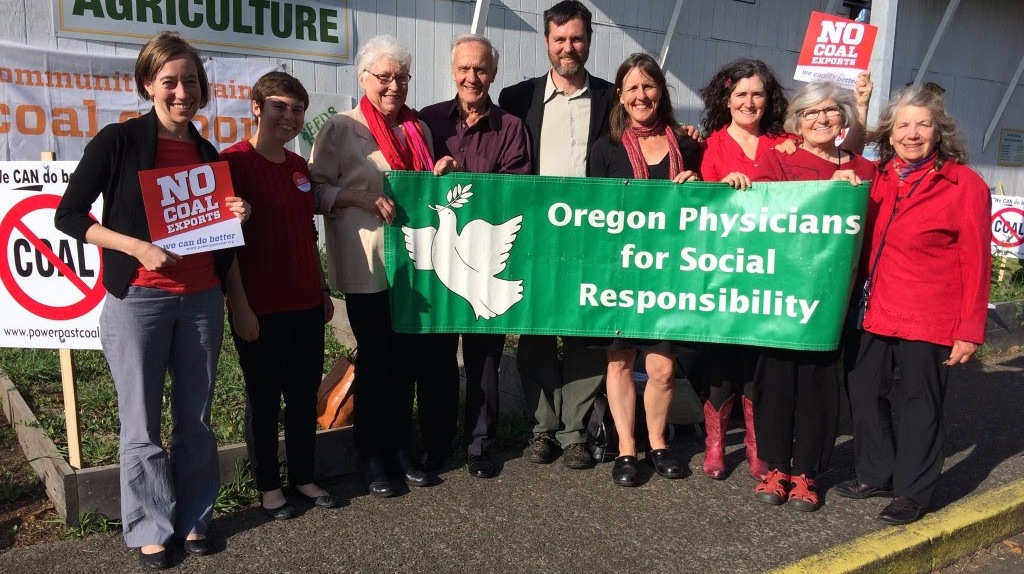 With the threat of climate chaos and nuclear war feeling all the more tangible as fires, floods, and hurricanes wreak havoc and tensions rise with North Korea, I am more grateful than ever to be part of an organization making progress on tackling these existential threats.

We’ve had some incredible victories for climate health in recent months. Oregon PSR has been in the leadership of winning campaigns including stopping PGE from building two fracked gas plants, convincing Metro to abandon a plan to ship municipal waste for incineration, and halting construction of what would have been the nation’s largest coal export facility. As we hold the line on these disastrous projects, we also lead in supporting a just transition to a renewable energy economy. There was no better place to be on the day that Trump pulled out of the Paris climate accord than in Portland and Multnomah County as we won two of the strongest and most equitable 100% renewable energy resolutions in the country.

While the threat of nuclear war looms larger than I can ever remember, Oregon PSR and our partners celebrated a major milestone this summer with the negotiation of the United Nation’s Treaty on the Prohibition of Nuclear Weapons, which makes the production and use of nuclear weapons illegal under international law. In Oregon, we’ll be spreading the word by asking youth for their ideas about how to eliminate nuclear weapons in their lifetime through our 10th annual Greenfield Peace Writing Scholarship, a project managed by our fantastic new Quaker Voluntary Service (QVS) fellow, KellyAnn Cameron.

In other staff changes, I am thrilled that our former QVS fellow, Damon Motz-Storey, has agreed to remain on our staff. And the silver lining in Chuck Johnson, our Nuclear Power Program Director, leaving us at the end of the year is that he’s moving on to a become program director at our international affiliate, International Physicians for the Prevention of Nuclear War. Damon is working closely with Chuck to ensure a smooth transition as our work to end nuclear power charges ahead.

Staff, Board, and work group volunteers have begun an incredibly rich and useful process of examining how our social justice values can be better expressed throughout the organization in the past year. We’ve become more intentional about showing solidarity and standing up with those most affected by systemic injustice in a variety of ways: participating in the One Oregon coalition’s environmental committee to expose the greenwashing of anti-immigrant hate groups, raising our banner at events to counter white nationalism, and supporting the leadership of communities most impacted by climate injustice..

We’re growing in strength this year, as we’ve had many new members join and long time members re-engage. Whether it’s making a larger gift this year-end, joining one of our work groups, or spreading our message through social media, I encourage you to find a way to increase your engagement with our vital work to create a healthy, just, and peaceful world for all.

In Peace and Health,

Photo above: Washington and Oregon PSR members and staff, including Kelly Campbell (third from right), gather in Longview, WA to oppose the construction of what would have been the largest coal export facility in the nation.