Coal is one of the dirtiest and most dangerous fuels in existence. From coal dust in our lungs to climate-busting emissions and air pollution, health professionals know that each stage of coal's extraction, transport, and combustion presents a danger to health and safety. Though Oregon and Washington have secured victories in phasing out the burning of coal for power in our region, coal exports remain a looming threat to the health of our communities, our environment, and our climate.

Extreme weather, intense wildfire seasons, and massive storms fueled by warming oceans are clear signs that global climate chaos is upon us. It can be difficult to maintain hope in these dark times. But a recent victory, the denial of a key permit for the largest coal export facility in the nation, renewed our hope.

Continue reading about our opposition to specific coal export proposals throughout the Pacific Northwest and the health effects associated with coal exports. 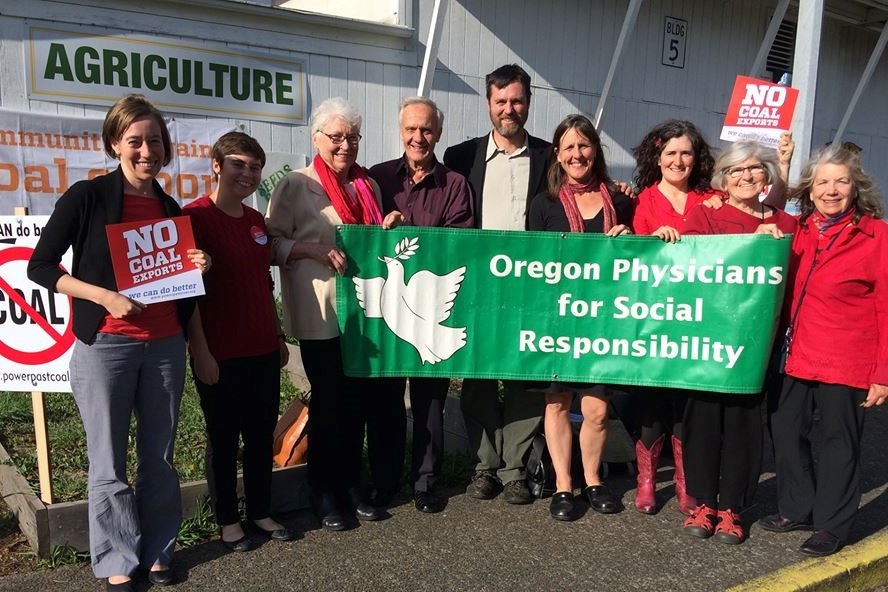 Coal dust is associated with:

Diesel particulate matter is associated with:

Noise exposure is associated with: